Japan’s shipping giant Mitsui O.S.K. Lines has completed an in-service demonstration test of a wind resistance-reducing windshield for containerships, concluding that it reduces emissions of carbon dioxide (CO2) by some 2%.

Co-developed by MOL, the windshield was installed on the bow of its operated containership MOL Marvel for the demonstration test, launched in September 2015.

The tests confirmed about 2% average CO2 reduction after installing the windshield on the bow and sailing at 17 knots per hour, compared to operating an identical vessel at the same speed without the device installed.

MOL said that its objectives were to accumulate Big Data on operational status during service on Asia-North America East Coast routes, and compare two sister ships with and without the windshield installed on the bow, as well as to establish a method to eliminate the data on the effects of ocean waves, and extract only the change in performance due to reduced wind resistance.

This analysis method and results of performance were presented at the Japan Society of Naval Architects and Ocean Engineers’ meetings in November 2016 and May 2017.

MOL infomed that it “continues efforts to confirm the windshield’s seaworthiness and sailing data analysis, and looks forward to more advanced technological development based on this research project.”

PBCF Department of MOL Techno-Trade, Ltd. is in charge of technical advice of windshield. 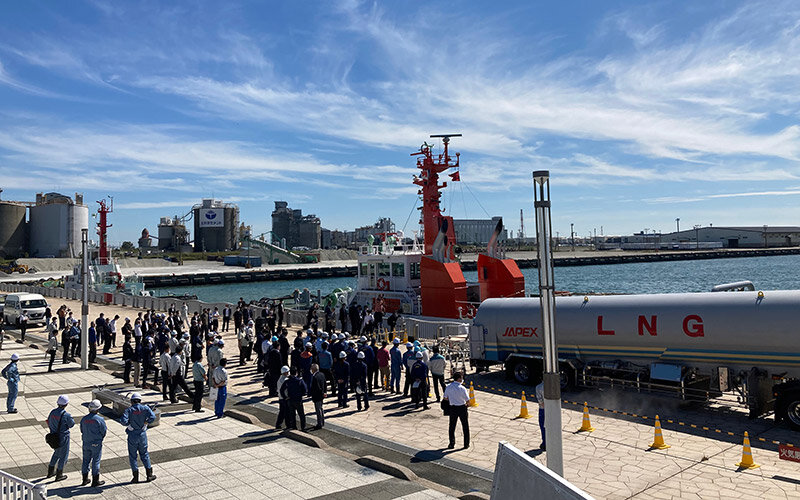