Advertisement
Back to overview
Home Fossil Energy Wintershall CEO: Europe at Risk of Losing Track in the Race for Global Energy Resources

Wintershall CEO: Europe at Risk of Losing Track in the Race for Global Energy Resources

Europe is at risk of losing track in the race for global energy resources. This is what Wintershall CEO Rainer Seele warned against at the Munich Energy Congress. Seele called for the appropriate utilization of domestic resources and the expansion of partnerships with countries with a rich raw material base, such as Russia and Norway.

“We are currently experiencing a worldwide transformation of energy markets. Energy is going to shift the global balance of power in terms of economic policy,” Seele said. According to him, one of the drivers of this trend is the shale gas revolution in the United States. He added that economies such as China and Brazil would set the pace in the race for securing energy reserves. Yet, of all regions, it is Europe with its poor raw material base that fails to effectively adapt to these changes.

Oil and gas production is constantly decreasing in the EU member states, whereas consumption is on the increase. At the same time, Europe is reluctant to conduct research into exploring new sources of energy such as shale gas, and hesitant to invest in new infrastructure. Seele added that the skeptical look towards potential partner countries to ensure raw material supplies was not exactly encouraging either. “Under these circumstances, Europe will lag behind in the long term in the global race for the most important sources of energy,” the Wintershall CEO warned.

Europe would have to build an even broader energy supplier base from among countries outside the EU and secure access to these reserves, particularly in the interest of ensuring security of supply. “What’s more, we must make sure that transit is safe and secure − from the source to the end consumers in Europe,” Seele added.

According to him, the Wintershall partnerships with Russian energy group Gazprom and Norwegian Statoil group are examples of how well cooperation agreements can work in oil and gas production, i.e. a stronger commitment directly at the source. “Crucial factors to achieve this are mutual trust, time, and − even more importantly − expertise that both partners benefit from.” Seele made clear that it is precisely the technological know-how that German businesses can “play as their trump card in the global game for access to the most profitable sources.” He added that Wintershall considered domestic production in Germany its center of innovation.

But last year alone, domestic gas production had fallen by 10 per cent as a result of lacking permits and approvals. According to him, this is due to the fact that the use of the hydraulic fracturing method has been virtually impossible since mid-2011 even for conventional tight gas production, despite the fact that this technology has been used for over 30 years in Germany without harming the environment, and that one third of the natural gas produced in Germany is being explored using this method. Seele criticized this reluctant position and called for revisiting this approach.

“Unfortunately, the fact that tight gas is not the same as shale gas, and that there’s a difference between fracking and fracking, is often overlooked amidst the heated public debate,” Seele commented. Whereas the production of tight gas relies on using a tried and tested technology, it is important, due to the huge potential of shale gas, to conduct thorough research to establish whether production is possible in Germany. “Germany is no land of unlimited possibilities. Any progress must also be limited by the care for our environment,” Seele said. “But it would be suicidal if this republic became the land of total impossibility.” 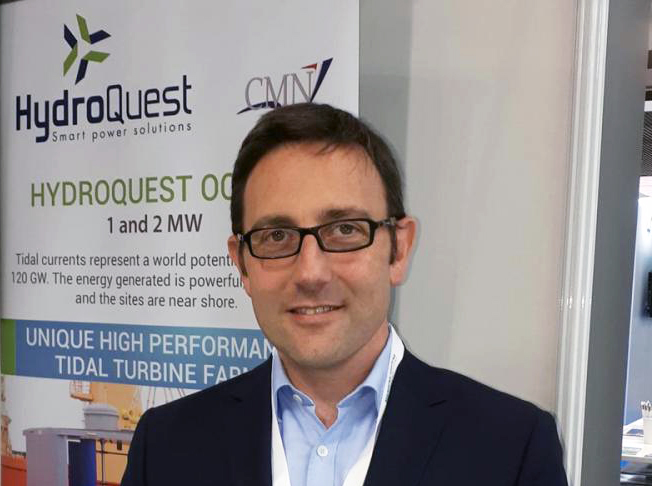