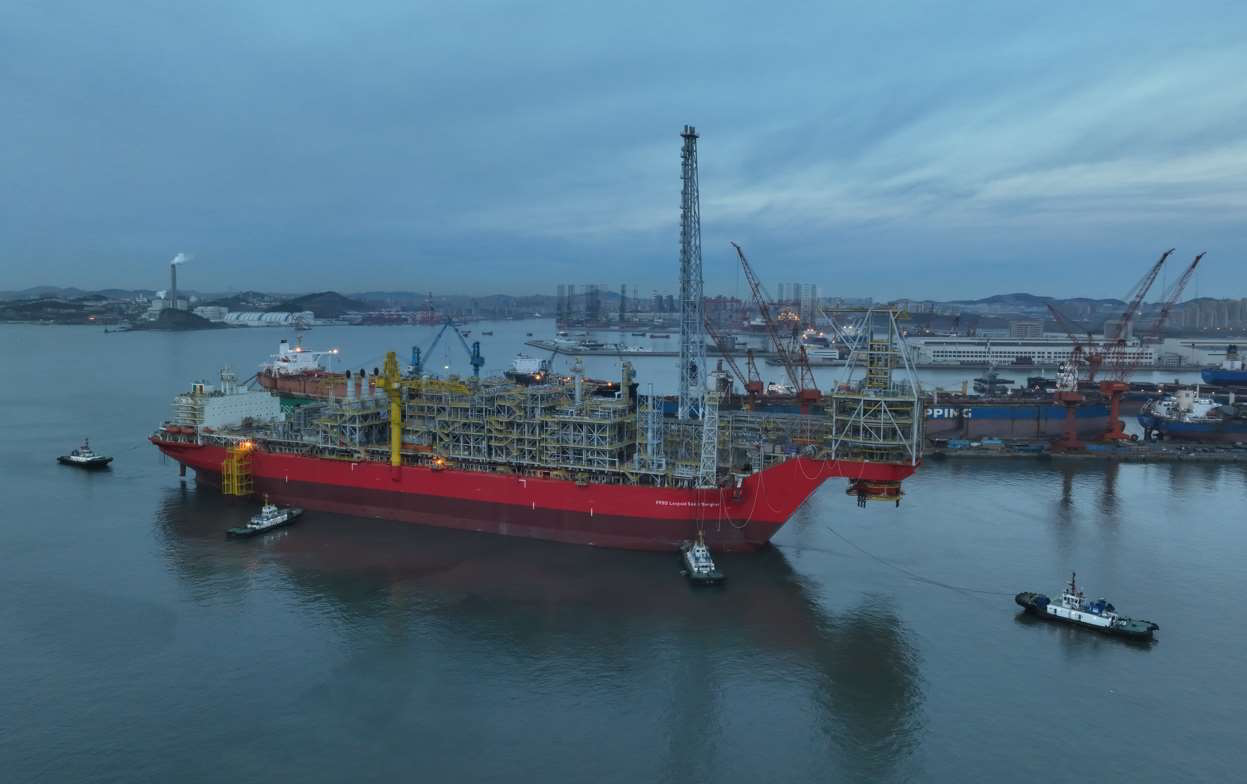 Photo: FPSO Leopold Sédar Senghor leaving the quayside at COSCO Shipyard in Dalian, China, in preparation for its tow to Keppel Shipyard in Singapore; Courtesy of Woodside

Back to overview
Home Fossil Energy With construction done, topsides integration next on the list for Woodside FPSO

With construction done, topsides integration next on the list for Woodside FPSO

Following the completion of the construction phase for a floating, production, storage, and offloading (FPSO) vessel, Australia’s energy giant Woodside has tucked “another important milestone” under its belt for the first phase of Senegal’s first offshore oil development.

Woodside Energy revealed on Tuesday that the construction phase for this FPSO, which is destined to be deployed at the Sangomar field off Senegal, has been completed. The first phase of this project will consist of a stand-alone FPSO, 23 subsea wells, and supporting subsea infrastructure designed to allow the tie-in of subsequent phases.

The Australian company has been working on the Sangomar field development Phase 1, targeting approximately 230 million barrels of crude oil, since the project was sanctioned in January 2020. As a result, Woodside awarded the contract for the supply of the FPSO, named after Senegal’s first president, Leopold Sédar Senghor, for this project to MODEC that same year.

“The construction teams also successfully navigated the challenges posed by pandemic-related travel and logistical restrictions throughout 2021 and 2022, ensuring the FPSO remained on schedule for start-up at the Sangomar field in late 2023.”

Woodside confirmed that the FPSO is now being relocated to Keppel Offshore & Marine’s Tuas Shipyard in Singapore. As a reminder, Keppel was hired by MODEC a few months ago to complete topsides integration and support pre-commissioning and commissioning activities for this FPSO.

Once completed and delivered to Woodside, the FPSO, which will have the capacity to process 100,000 barrels of oil per day, will be moored in waters approximately 780 metres deep and will be located approximately 100 km south of Dakar, Senegal.

The Australian giant underscored that the Sangomar field development Phase 1 is currently around 70 per cent complete and will be Senegal’s first offshore oil project. Woodside is the operator with an 82 per cent participating interest in the project, while its parent, Petrosen, holds the remaining 18 per cent.