WMU President: Industry Is Not Doing Enough to Empower Women

The percentage of women in the maritime industry is very low and has not changed for years, Cleopatra Doumbia-Henry, President of the World Maritime University (WMU), told World Maritime News.

Henry was one of the prominent participants of the conference on ”Sustainable Marine Development Towards 2030 and Beyond” being held in Jeddah, Saudi Arabia, this week.

When asked whether the industry is doing enough to empower women and how they can be supported on a path to equality, the WMU President said that she conducted a major study on women seafarers back in 2003 when serving as the Director of the International Labour Standards Department of the International Labour Office (ILO) in Geneva, Switzerland. At that time, the study found that 1 to 2 percent od the seafaring population were women, with all maritime segments having been taken into account.

“We have not moved from that figure,” President of the Sweden-based university pointed out.

According to Henry, different people have been replaced in different positions within the industry and more women have been seen in senior positions but the percentage of the female population in the maritime industry — shipping, port and ocean sectors  — still remains the same and “that’s not good enough after so many years”.

“I don’t think the industry is doing enough to empower women,” Henry stressed.

However, progress on the issue is imminent after the WMU spent one year with the International Maritime Organization (IMO) promoting the theme “Empowering Women in the Maritime Community”. The WMU led the way in hosting a huge international conference in April to identify opportunities to encourage women to pursue careers in the maritime and ocean sectors, and to call for action from maritime and other stakeholders in support of achieving the United Nations Sustainable Development Goals (SDGs), in particular Goal 5 related to gender equality.

“If each of us took one of it forward, we would all accomplish seventeen, reflecting the seventeen critical areas where we say progress is indispensable.”

“Action is now not tomorrow,” Henry highlighted, adding that one has to move from words to action and from action to impact.

Reflecting on the fact that Saudi Arabia is hosting an event where one of the themes is empowering women, the WMU President said it is an excellent opportunity and “the right thing to do at the right time”, with only two months left until the issue will no longer be spoken about too much.

Although the percentage of women in the maritime industry in the Arab states is still very low, Henry said she sees some very important new signs of change. Therefore, it is necessary, according to the WMU President, to attract more young people and, more importantly, women to the industry.

Speaking about the conference’s other important theme — sustainable development and SDGs, Henry remarked that a lot remains to be done as far as these goals are concerned. She explained that WMU as the Apex academic postgraduate institution has more freedom than the IMO in what do to and say.

With 90 percent of the WMU’s students coming from developing countries, the WMU President said that each graduate will be equipped with at least five UN SDGs that they can take forward in their countries and make a difference to the implementation by 2030. In this way, developing countries can help themselves as well while others are helping them. With the abundance of resources and capacity today, no country should be underdeveloped or non-developed, Henry concluded. 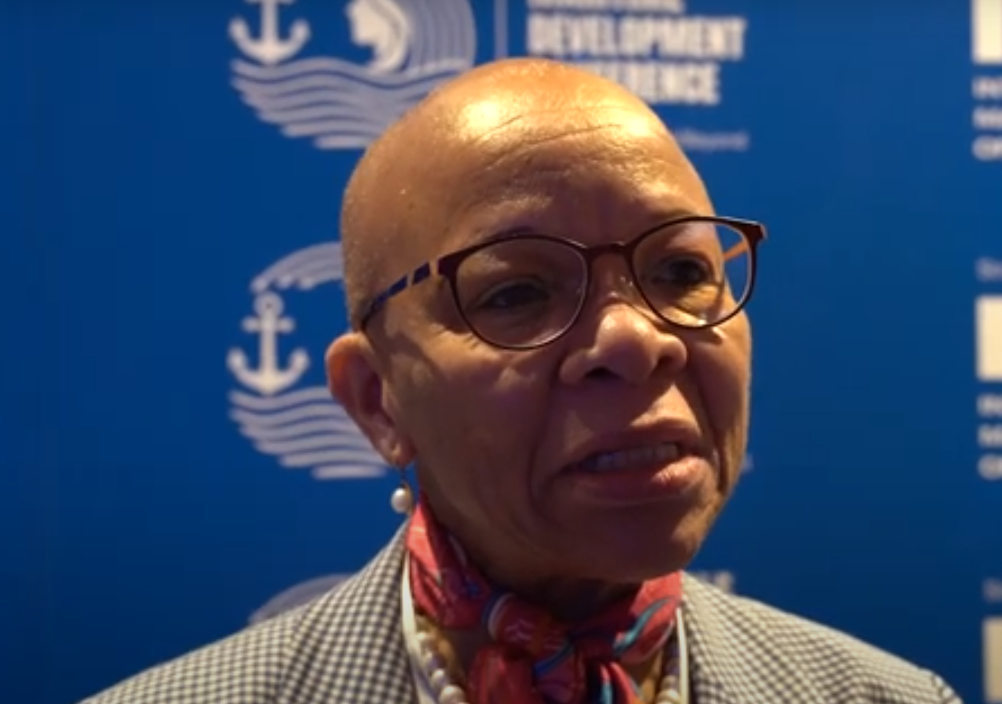 WMU, partners join forces on decarbonizing long-distance shipping
Posted: 4 months ago
Premium
Empowering women in maritime: Why are we still having this conversation?
Posted: 7 months ago
All-women commanded tanker makes history after setting sail from JNPT
Posted: about 1 month ago