The energy transition represents $14 trillion worth of uncertainty for upstream oil and gas, according to a new report by energy intelligence group Wood Mackenzie.

Work in the oil and gas sector and the extraction of same has always had one thing in mind – demand would continue to rise indefinitely. With the energy transition gaining traction, that belief has all but evaporated.

According to Wood Mackenzie, or Woodmac as it is often referred to, oil demand may continue to grow for another decade or more. On the other hand, if the world acts decisively to limit global warming to 2°C by 2050 oil demand and prices would fall rapidly later this decade. Gas demand and price, however, would be more resilient.

While this range of outcomes has major implications for the oil and gas industry, in either scenario there is still a huge amount of upstream value on the table. Wood Mackenzie estimates the range of pre-tax future valuations for upstream is a staggering $14 trillion – from $9 trillion to $23 trillion. On a post-tax basis, operators’ share of this economic rent ranges from $3 trillion to $9 trillion.

Wood Mackenzie vice president Fraser McKay said: “The industry now finds itself having to supply oil and gas to a world in which future demand – and price – are highly uncertain. The range of possible outcomes is dizzying. But the world will still need oil and gas supply for decades to come, and the scale of the industry will remain enormous”.

The intelligence firm stated that delivery and discipline were paramount in all aspects of the upstream value chain as the macro environment for oil and gas gets tougher.

Performance against budgets and timelines has improved dramatically since the last downturn. The industry needs to remain relentless in its push to improve efficiency, drive down costs and deliver projects flawlessly.

Wood Mackenzie research director Angus Rodger added: “Only exceptional, low-cost projects will work in all demand scenarios. Inevitably, the cost of capital and the cost of doing business in oil and gas will increase”.

The company also believes that oil and gas players must improve their environmental, social, and governance credentials. For the biggest players, new energies will play an increasing role, but Wood Mackenzie does not believe that this is not an option for many industry participants. They will need to cut Scope 1 and 2 emissions to reduce their exposure to increasingly expensive debt.

“The industry will have to figure out the conundrum of weaker economics if the giant gas projects the world needs are to happen. The returns on developing a barrel of oil are currently higher, with oil-production and cash-flow profiles delivering more value upfront.

“Gas prices are lower than oil prices on an energy-equivalent basis; that relationship will have to invert as it does in our AET-2 scenario (2°C by 2050) to make this happen”, Rodger stated.

Wood Mackenzie’s Accelerated Energy Transition 2 (AET-2) scenario shows the firm’s view of a possible state of the world and of the energy industry that is consistent with limiting the rise in global temperatures since pre-industrial times to 2 degrees Celsius.

There could be a multitude of potential pathways for meeting that condition, and the AET-2 scenario represents Wood Mackenzie’s interpretation of the likeliest route, given the policy drivers and technological innovation required.

“And business models must adapt to maximise value as the oil and gas sector matures. Consolidation to bolster margins will gather momentum. Specialists will carve out niches. 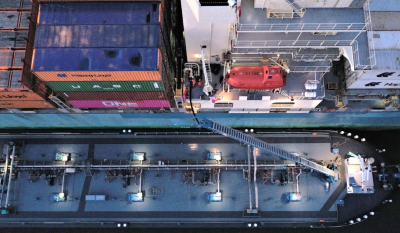