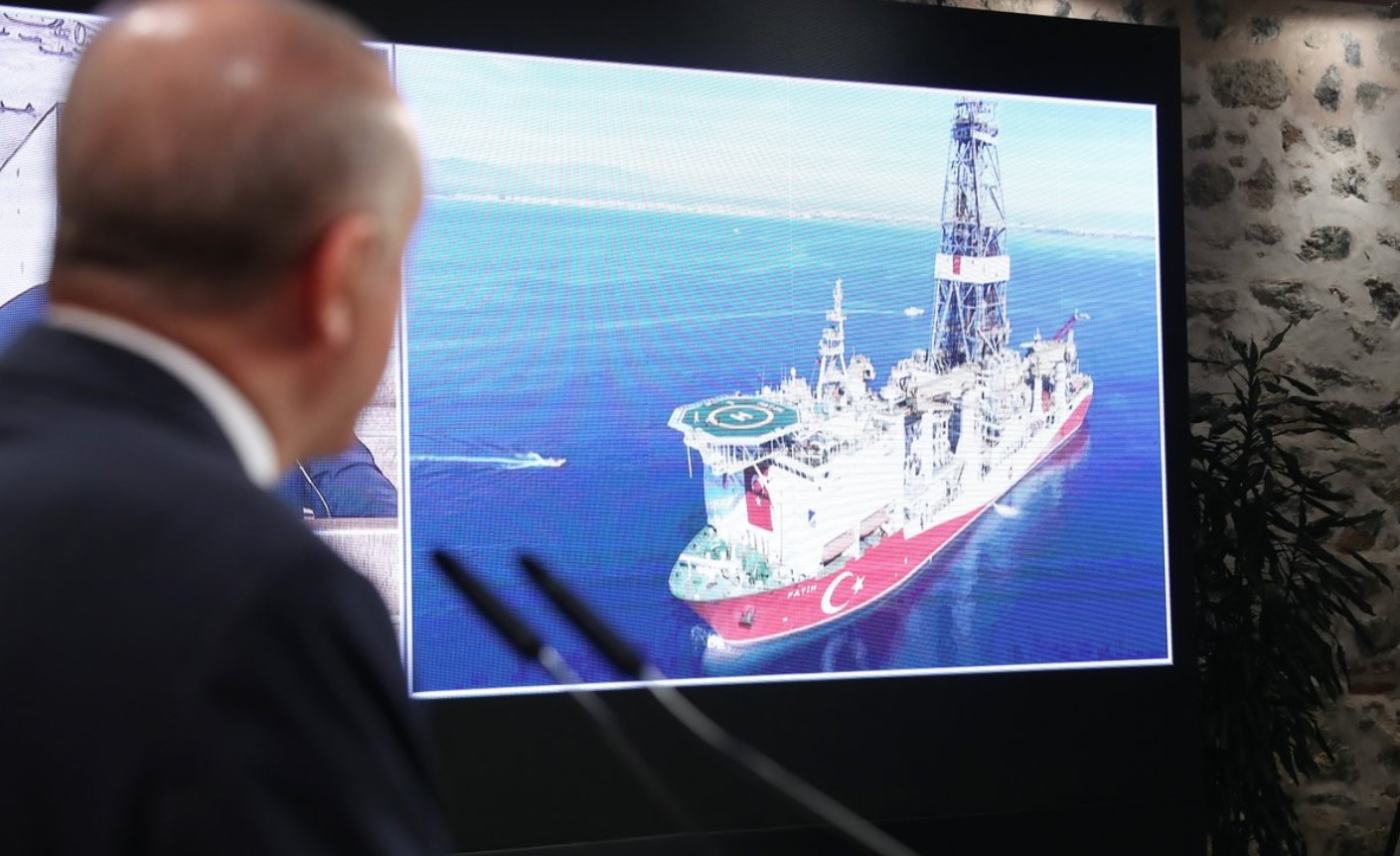 Photo: Recep Tayyip Erdoğan during the presentation of the discovery with the Fatih drillship image in the background; Source: Presidential website

Back to overview
Home Fossil Energy Woodmac: Turkey’s Tuna-1 discovery could be transformational

A gas discovery of the scale of Turkey’s Tuna-1 find in the Black Sea, if developed, would be transformational for the country, given its overwhelming reliance on imports and crippling energy import bill, according to Wood Mackenzie.

Then on Friday, Turkey President Recep Tayyip Erdoğan made an announcement himself and shared it on social media.

Erdoğan said on Twitter: “Our Fatih drillship discovered 320 billion cubic meters of natural gas reserves, thanks to the drilling in the Danube-1 [Tuna-1] well, which started on 20 July.

“There is no stopping and resting for us until we become a net exporter in energy. #GoodLuck”

WoodMac stated that, at the moment, Turkey is mostly reliant on piped gas from Russia, Azerbaijan, and Iran but the share of LNG imports has also continued to grow.

Thomas Purdie, an analyst on Wood Mackenzie’s upstream research team, said: “Even if the official 320 billion cubic metre figure given by President Tayyip Erdogan when he announced the discovery is treated as an estimate of gas in place, this is Turkey’s biggest-ever find – by a wide margin – and one of the largest global discoveries of 2020.

He did state that, no matter the political and economic importance, reaping the supply rewards would be complex and a 2023 date for bringing the discovery, now renamed Sakarya, online was ambitious.

“First and foremost, the discovery will need to be appraised by more wells – to improve understanding of the geology and confirm resource estimates.

“It’s early days, but any future development would cost billions of dollars. Deepwater projects are complex in any environment, but the Black Sea poses additional logistical challenges that must be managed.

“This is one of the factors that has stalled Romania’s Neptun Deep megaproject, located just 100 kilometres north of the Tuna well”., Purdie added.

According to WoodMac, Turkey’s national company Türkiye Petrolleri Anonim Ortaklığı or TPAO would benefit from bringing an international partner into the project.

“There could be attractions despite the market outlook – highly competitive tax terms in a basin that international oil companies know increasingly well over recent years. Majors operating across the border in Romania and Bulgaria have had mixed recent success, but will take note of this momentous news”, Purdie claims.

“Gas demand has fallen year-on-year since 2017. Much of that is down to the weak Turkish economy and increased competition from coal-fired and renewable generation.

“However, despite coronavirus, Turkish gas demand has only fallen 3 per cent, year-to-date, versus last year. That is a less severe fall than many other European markets.

“In the 2020s, this discovery could have far-reaching implications for future gas imports and upcoming negotiations with suppliers – with Gazprom, Azerbaijan, and Iran”.