A 1,036 TEU containership has reduced its greenhouse gas (GHG) emissions by 27% by operating on a blend of climate-neutral, synthetic natural gas (SNG) and conventional liquefied natural gas (LNG), compared to LNG alone.

The ship in question is ElbBLUE, the former Wes Amelie, which in 2017 became the world’s first boxship retrofitted with LNG.

The data has emerged from measurements initially carried out on board the ship in September 2021 when the ElbBLUE became the first container ship worldwide to replace a portion of its bunkered gas fuel (around 50%) with SNG.

“With this project, we have proven the technical viability of our concept of the maritime energy transition. Today, more than ever, we are convinced that climate-neutral, synthetic fuels point the way to green shipping – and even further beyond,” Uwe Lauber, CEO of MAN Energy Solutions, commented.

“The current, global, political situation underscores the future role that synthetic fuels can play in a diversified energy supply in that they point the way toward less dependence on raw material deposits, suppliers and price fluctuations,” he continued.

“As a result of the military attack on Ukraine in violation of international law, LNG prices, for example, have risen massively in recent weeks and are now at a similar level to SNG. If production capacity can be built up quickly and synthetic fuels made available to the market, SNG could become a climate-friendly and – in the long term – economical alternative to fossil fuels in shipping.”

“With this pilot project, we have proven that any LNG-powered ship can also operate with green SNG from power-to-X,” Stefan Eefting, Senior Vice President and Head of MAN PrimeServ Augsburg, said.

“Even with a blend of just 50% SNG, GHG and pollutant emissions are significantly reduced. When operated exclusively on SNG, we would expect a reduction of at least 80% in GHG emissions for modern ships.”

Gas operation also drastically reduces other polluting emissions compared to HFO. In the case of the ElbBLUE, nitrogen oxide emissions (NOx) dropped by almost 87%, while emissions of sulphur oxides (SOx) and particulates were almost completely eliminated (~99%). These values were achieved in both the exclusive operation on LNG and on a blend of LNG and SNG, according to MAN ES.

Measurements were carried out on a voyage between Brunsbüttel, Germany and Rotterdam, the Netherlands with SNG comprising approximately 50% of the bunkered gas at 85% engine load.

The ElbBLUE is powered by an MAN 51/60DF four-stroke engine. As a multi-fuel engine, the unit allows operation with either HFO or LNG as fuel. The ship’s test-run proved that the latter can be replaced by SNG without engine modification.

It made headlines back in 2017 when its MAN 8L48/60B main engine was converted to the current MAN 8L51/60DF four-stroke unit, which enables dual-fuel operation with gas. This was the world’s first conversion of a container ship to multi-fuel operation with climate-friendly LNG.

In September 2021, the ship reached another milestone on the road to climate-neutral shipping when, in the Elbe port of Brunsbüttel, it became the world’s first container ship to bunker climate-neutral synthetic marine fuel – some 20 tons.

The liquefied SNG was produced in a power-to-gas plant operated by kiwi AG in Werlte, Germany and generated from 100% renewable energy.

SNG is considered a carbon-neutral fuel as its combustion releases only as much CO2 as captured during its production using power-to-X technology.

However, just like LNG, SNG consists largely of methane (CH4) and, during operation, small unburned quantities of the gas can escape – so-called methane slip.

Methane is considered a greenhouse gas that, when released unburned into the atmosphere, is 28 times more harmful to the climate than CO2.

MAN offers solutions for methane-slip-free operation in two-stroke engines. For four-stroke engines, the company is working on various solutions to further reduce the escape of methane from the combustion chamber.

“We have already been able to halve methane slip in our dual-fuel, four-stroke engines in recent years through internal engine measures, and we see further potential in the area of exhaust gas after-treatment. We are currently developing special oxidation catalysts with which we have been able to reduce methane slip by a further 70% in laboratory tests,” Eefting added.

“Next year, we will test the catalyst on board a ship for the first time and expect to have a market-ready technology by 2025.” 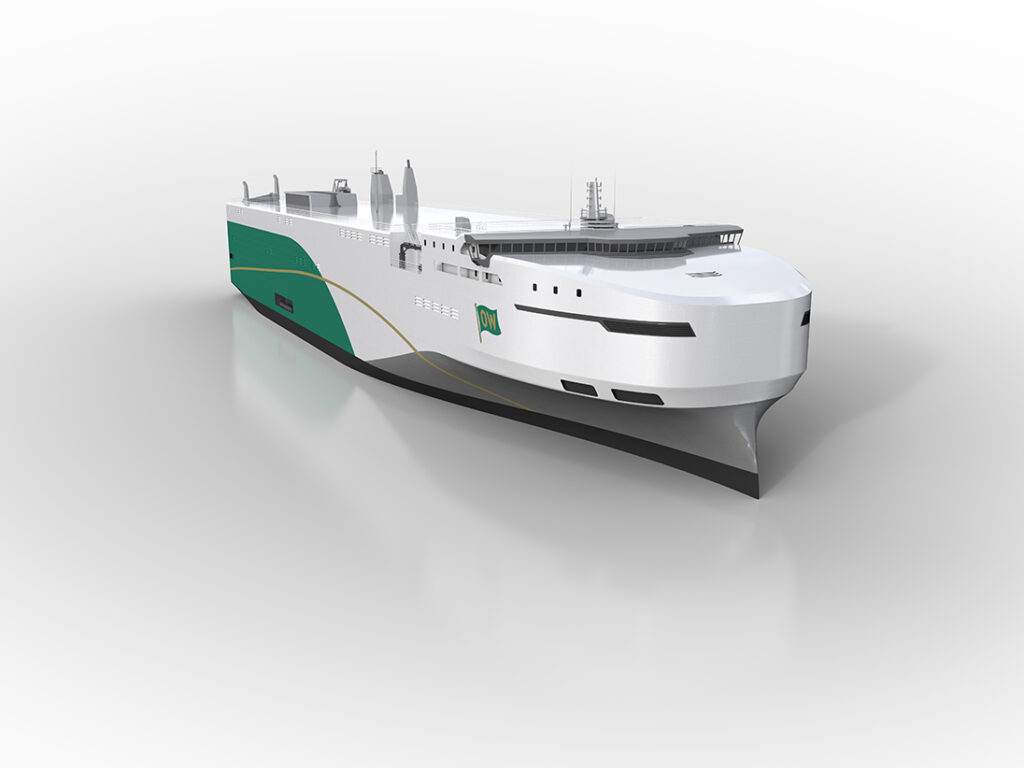