On 8 September 2021, the Megamax container ship Ever Ace called at the Port of Hamburg for the first time with the evening‘s high tide.

With a slot capacity of 23,992 TEU, the Ever Ace is currently the largest container ship in the world.

Featuring a length of 400 meters, a width of 61.5 meters and a maximum draught of 16 meters, the mega-carrier can accommodate 28 TEU more than its predecessor HMM Algeciras.

Ever Ace benefits from fairway adjustment

The Port of Hamburg maintained an upward throughput trend in the first half of 2021 and saw more calls by Megamax-class vessels – a trend expected to continue.

„It is clear from the arrival of the world’s largest container ship, Ever Ace, that the Port of Hamburg has done its homework,” Axel Mattern, Executive Director of Port of Hamburg Marketing, commented.

The clearance of the new draughts by the nautical services of Hamburg and the federal government will take place in two stages. Even during the first stage, which is currently in force, container ships will be able to enjoy about 50 percent of the draught improvements gained from the fairway adjustment.

Depending on the size class, the draughts will increase by 0.3 meters to 0.9 meters. Final clearance is expected by the end of the year.

Ever Ace was built for Taiwanese shipping company Evergreen Marine at the South Korean shipyard Samsung Heavy Industries (SHI) for around $150 million. Another five ships of this type are to be built at the shipyard.

The newbuild left the shipyard on 28 July bound for Qingdao.

It transited the Suez Canal for the first time on 28 August 2021 while on its maiden voyage to Europe.

Already on its maiden voyage, the Ever Ace set a record for the amount of 20-foot standard containers (TEU) transported on its way from Asia to Europe. According to information provided by Alphaliner, the vessel transported a total of 21,718 TEU. The Ever Ace thus surpassed the old mark of the Jacques Saadé by 285 containers.

Ever Ace is scheduled to depart from the Port of Hamburg on 9 September and continue its voyage to the Port of Rotterdam. 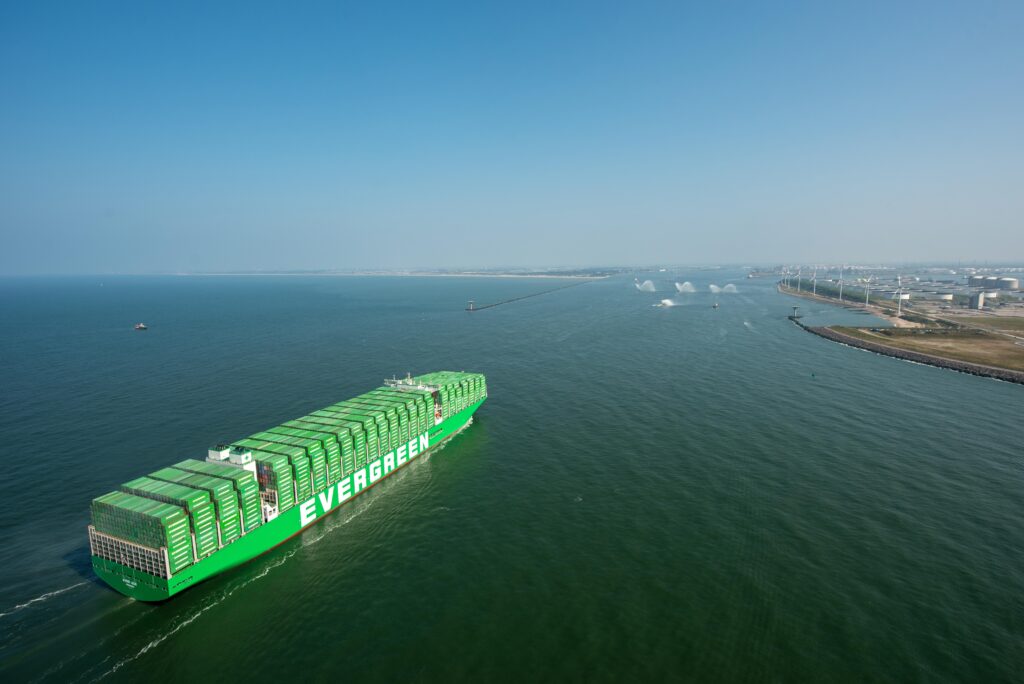