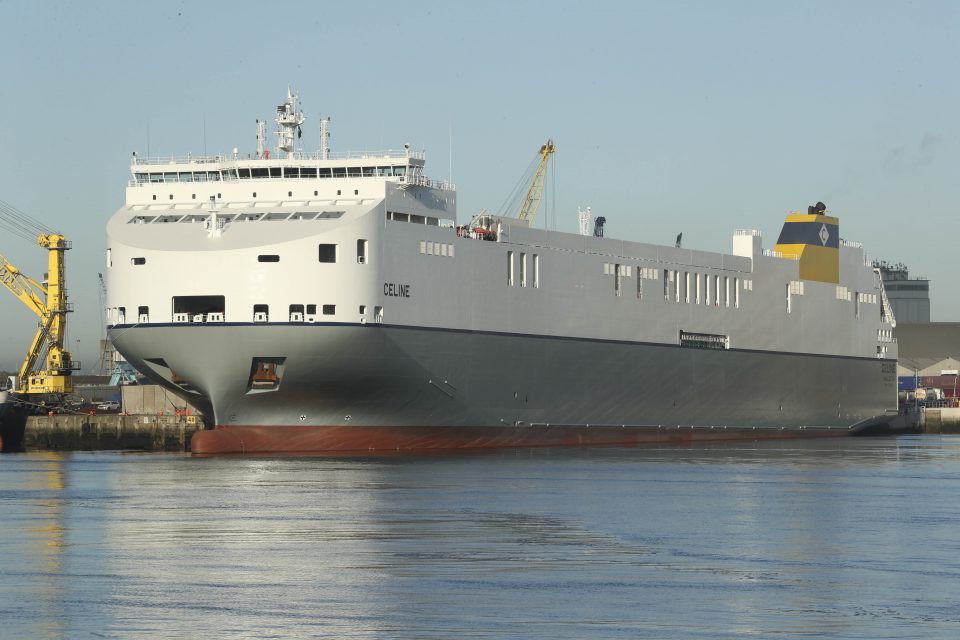 With a capacity of 8,000 lane-meters, the super ferry, owned by Luxembourg-based CLdN, will be servicing Dublin Port as part of the multi-million-euro ABR Project to futureproof Dublin Port.

Under the program, work has started on three kilometers of new berths to welcome the new ships.

The 235-meter long ship was constructed in South Korea’s Hyundai Mipo Shipyard before being deployed to its homeports of Zeebrugge and Rotterdam. The vessel features a dual propulsion system allowing for emissions reduction. Luxembourg-based short sea specialist CLdN RoRo took delivery of the vessel in October 2017.

MV Celine was joined by a second 8,000 lane-metre vessel, MV Delphine, in January 2018 as the company further expands its fleet and operations in Europe.

“Choosing to name CLdN’s first of the next generation of Ro-Ro vessels, MV Celine, in Dublin is testament to CLdN’s belief in our Irish / Continental trade lane and appreciation of the support given over the past decade by Dublin Port Company and our dynamic team in Ireland,” a representative of CLdN, said.

“The timing of MV Celine’s delivery is opportune, allowing CLdN to be well positioned to develop the Irish / Continental trade lane offering a viable and direct alternative to the UK landbridge.”

CLdN commenced services to Dublin Port in October 2009 and as the Irish economy recovered, these have grown to seven calls weekly from Zeebrugge and Rotterdam.

Namely, the company’s direct freight services to Continental Europe is warmly welcomed by importers and exporters especially with the reality of Brexit looming.

“The addition of new ships and sailings shows the shipping sector’s resilience and ability to adapt to changing customer needs, particularly in response to Brexit. We expect MV Celine will mark the beginning of additional new services to Continental Europe from Dublin Port over the coming years,” Eamonn O’Reilly, Chief Executive, Dublin Port Company, said.

“I am pleased that Dublin Port’s multi-million-euro investment programme has already delivered the first of new berths to accommodate customer investments in new vessels and routes, and MV Celine’s christening marks an important milestone in this regard.”

Under its masterplan, Dublin Port is investing EUR 132 million in infrastructure and additional capacity. A capital investment of EUR 1 billion is planned over the next decade.

Cargo volumes at Dublin Port grew by 3.4 pct in Q1 2018 to exceed nine million gross tonnes for the quarter.

Most of the port’s cargo is comprised of freight trailers and containers and both sectors showed continued strong growth, with Ro-Ro up by 2.5 pct and Lo-Lo container volumes ahead by 5.3 pct.

On the passenger and vehicle side of the business, imports of trade vehicles in the first three months jumped by 14.2 pct, while passenger volumes climbed by 8.6 pct. 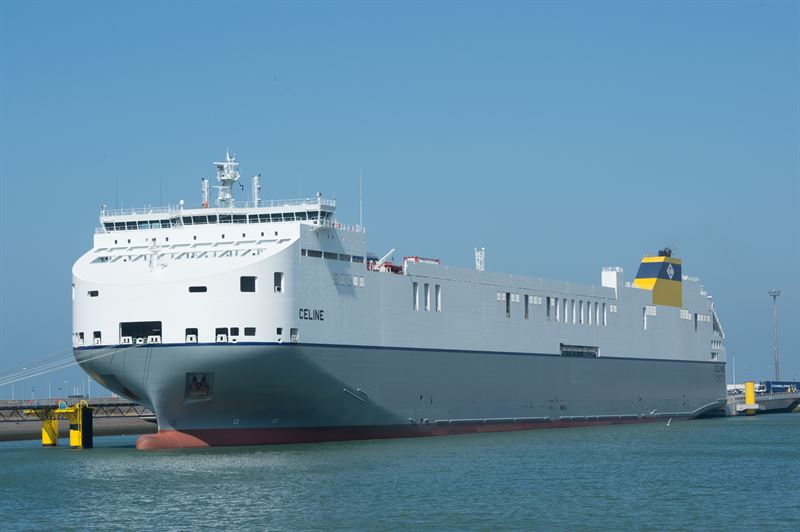