Osaka-based engine manufacturer Yanmar Holdings has received an order for dual-fuel engines which will be used to power generators on board a liquefied natural gas (LNG)-fueled coal carrier.

As informed, the vessel will be built by Namura Shipbuilding Co., Ltd. and operated by Japan’s Mitsui O.S.K. Lines (MOL).

It will be equipped with dual-fuel engine 6EY22ALDF which has features such as load fluctuation tracking and high thermal efficiency. Thanks to air-fuel ratio control technology, engines are expected to maintain optimum combustion, which will eenable them to deliver stable, reliable operation, said Yanmar.

Engines of this type with 800kW power each run on both diesel and environmentally friendly LNG and are expected to contribute to reducing greenhouse gas (GHG) emissions. According to Yanmar, it is in line with International Maritime Organization’s (IMO) Tier 3 regulations.

Since emission regulations in the marine sector have become stricter, LNG vessels are perceived globally as a means of reducing environmental impact and dual-fuel engines have attracted even more attention.

MOL used Yanmar’s engines in the past to power its LNG-fuelled tugboat. 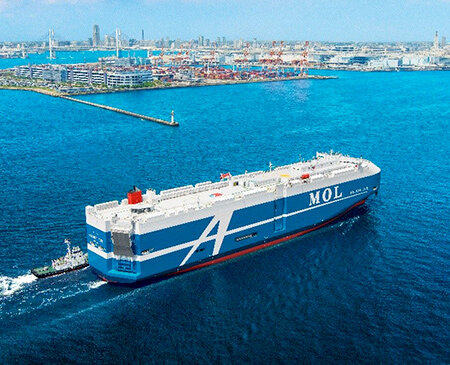