Canadian oil and gas company Zenith Energy has completed the acquisition of Candax Energy’s Barbados-based subsidiary Ecumed Petroleum Tunisia and with it two licenses in the African nation.

Through the acquisition, Zenith Energy now holds a 100 per cent interest in the El Bibane and Robbana concessions. The initial sale and purchase agreement for the Ecumed Petroleum Tunisia buy was signed in April.

The El Bibane concession is located 16 kilometres offshore from the port of Zarzis in the Gulf of Gabes, covering an area of approximately 228 square kilometres and in approximately 7-8 meters water depth. The field was discovered by Marathon Oil Corporation in 1982, however, it was not developed until 1998

Upon initial development, peak production of 4,500 bopd was achieved. The reservoir is in the cretaceous Zebbag fractured dolomite formation at 2,150 metres below the surface.

A total of three wells remain active within El Bibane – EBB-5, EBB-4, and EBB-3RE2. A total of 6 wells plus 4 sidetracks have been drilled. EBB-5 currently produces approximately 80-100 barrels of condensate per day with 5.5-6 mmscf of natural gas from well EBB-5, which is re-injected into the formation via well EBB-4.

It is expected that, by utilising new technologies, well EBB-4 may achieve commercial production of natural gas in addition to its current use as an injector well.

EBB-3 suffered string damage and has been temporarily shut-in, having previously produced at a rate of between approximately 500-600 barrels of oil per day before production was halted. The low oil price environment during 2020 and the material investment required to restore production from this well have prevented the necessary repair work from being implemented.

Zenith has already obtained around $3.5 million for the well intervention required to restore production from EBB-3. In the event of success, the company expects to produce approximately 500 barrels of oil equivalent per day from El Bibane.

Candax commissioned an independent reserves evaluation and, as of the end of 2019, the contingent reserves (1C) of El Bibane evaluated remaining oil in place as 25.7 mmstbo and 6.5 bcf of natural gas. The El Bibane contract will expire on 31 December 2033.

The other concession – Robbana – covers 48 square kilometres and is located onshore in the island of Djerba in the southern Gulf of Gabes and has achieved peak production of 500 bopd in 1994. The Robbana contract will expire on 4 November 2034.

Andrea Cattaneo, CEO of Zenith, said: “We are very pleased to have now formally completed the acquisition of the El Bibane and Robbana concessions which enables Zenith to hold an enlarged portfolio with a daily production of crude oil, natural gas, and condensate in Tunisia.

“The company’s focus will now turn towards beginning to exploit the significant untapped hydrocarbons production potential of our newly acquired Tunisian assets“. 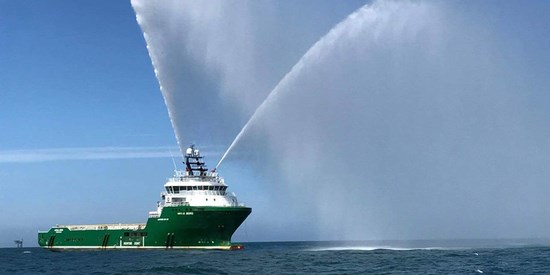