After four days of delay due to a pro-Gaza protest at the Port of Oakland on Saturday, August 16, 2014, Piraeus, a container ship operated by Israel’s shipping giant Zim Integrated Shipping Lines has been unloaded, according to ILWU Coast Longshore Division.

The ship left the port Tuesday afternoon, heading for Los Angeles, but after a while at sea, it returned to a different part of the harbor.

“Longshore workers were able to safely enter the gate of an Oakland terminal on Tuesday night and work the ZIM vessel PIRAEUS. Unlike previous shifts over the last several days, the number of demonstrators and police at the terminal’s gate was small, and Longshore workers determined that the atmosphere did not pose a threat to their safety,” Longshore workers said in a release.

Melvin MacKay, president of ILWU Local 10 stated: “We will not work under armed police escort – not with our experience with the police in this community.”

The protestors voiced their opposition against ZIM Lines’ association with the State of Israel and its recent military actions in the Gaza Strip.

“The ILWU has taken no position on the issue, but must protect the safety of its members and will not put them between armed police and political demonstrators where the numbers clearly constitute a volatile situation. In 2003, several longshoremen were injured after being shot by police’ rubber bullets in similar circumstances,” ILWU said. 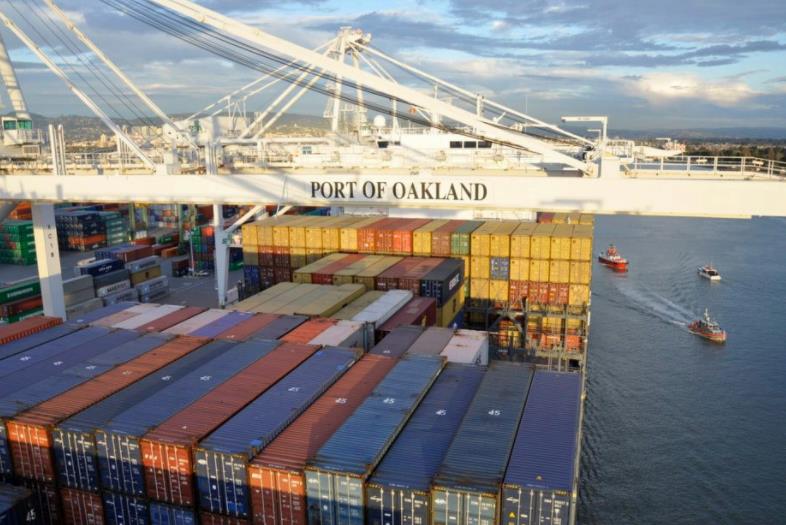