Cerulean Winds, a company that recently unveiled a project for the production of green hydrogen and electrification of offshore oil & gas assets with 200 floating wind turbines off Scotland, has named the first of its delivery partners.

The company has selected NOV as the exclusive provider of floating and mooring systems for the massive development, saying that NOV has “unrivalled expertise in the installation and maintenance of floating structures in the energy space”.

Mark Dixon, Cerulean Winds’ shareholder and director, said the naming of the first delivery partner brings the project one step closer to reality.

Upon introducing the project at the beginning of June, the developer said it had already chosen Tier 1 contractors, but it did not reveal the contractors’ names or any other specific information. Following the revealing of its first supplier, as well as the project’s proposed timeline, it is expected that the rest of Cerulean Winds’ Tier 1 partners will be announced soon.

“We have a number of Tier 1 delivery stakeholders signed up. We can’t disclose who they are at this stage, but they are some of the largest providers in the world, with the scale and capacity to deliver and we look forward to making further announcements over the coming months”, Mark Dixon said now.

The project, planned to start operations in 2024, proposes installing 200 of the largest floating wind turbines at sites West of Shetland and in the Central North Sea. They would be providing 3 GW/h to feed power to the offshore oil and gas assets, and excess 1.5 GW/h to power onshore green hydrogen plants.

The GBP 10 billion (approx. EUR 11.62 billion) development does not require subsidies or Contracts for Difference, according to Cerulean Winds, which already submitted a formal request for seabed leases to Marine Scotland.

For the project to move forward as planned, the leases would need to be granted by Q3 in 2021 to target financial close in Q1 2022. Construction could then begin soon after so that the infrastructure is in place by 2024-2026.

The developer has called on the UK and Scottish governments to recognize the project’s significant benefits, saying the timing involved in gaining approvals for the project is critical. Dan Jackson, founding director at Cerulean Winds, has provided more details on the importance of the project and meeting its planned timeline in a guest post on Offshore Energy. 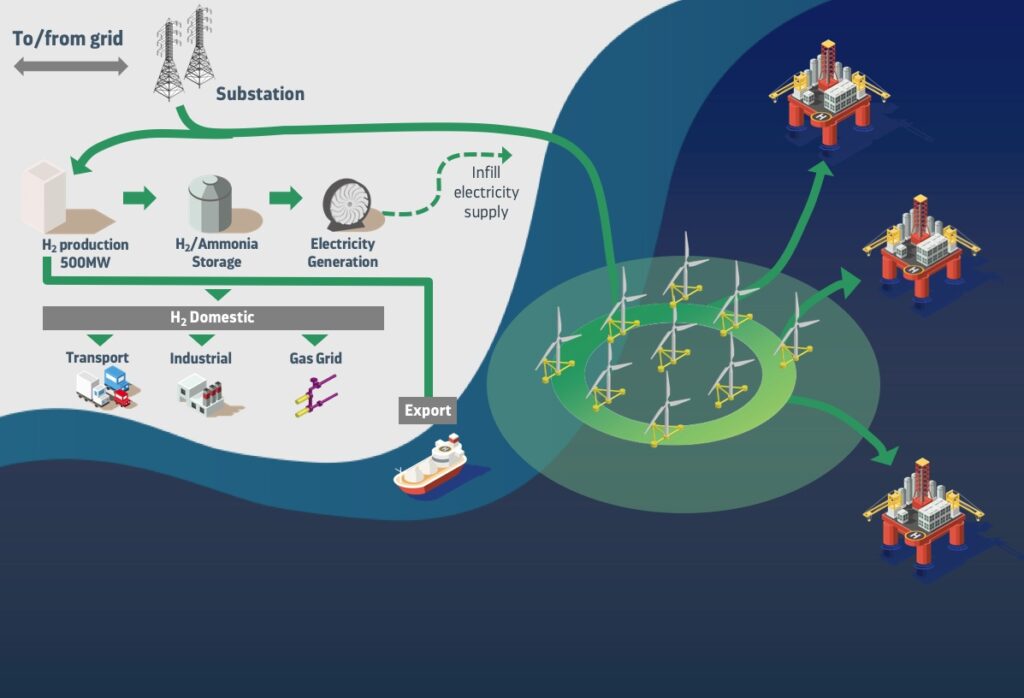