Japan Drilling Company (JDC) has informed that its recently built jack-up rig has started drilling for Pertamina in Indonesia.

According to JDC, its HAKURYU-14 jack-up rig started the drilling operation based on the contract with PT Pertamina Hulu Mahakam on December 6 at Mahakam Block, Republic of Indonesia.

Offshore Energy Today reported in August, based on VesselsValue data, that Pertamina had hired the Hakuryu-14 jack-up drilling rig on a one-year term.

This is the newest rig in JDC’s fleet, delivered in January this year. The company is still waiting for the delivery of one rig, the Hakuryu-15. The contract for the construction of the rig was awarded to Sembcorp Marine’s PPL Shipyard in November 2014.

Also, while Pertamina has started drilling, one other operator in Indonesia, Ophir Energy, has completed an exploration well there. Ophir on Friday confirmed it had made a gas discovery at its Paus Biru-1 exploration in the Sampang PSC offshore Indonesia.

The well has been plugged and abandoned as a gas discovery and plan of development will now be prepared for submission to the regulator for approval, Ophir said. 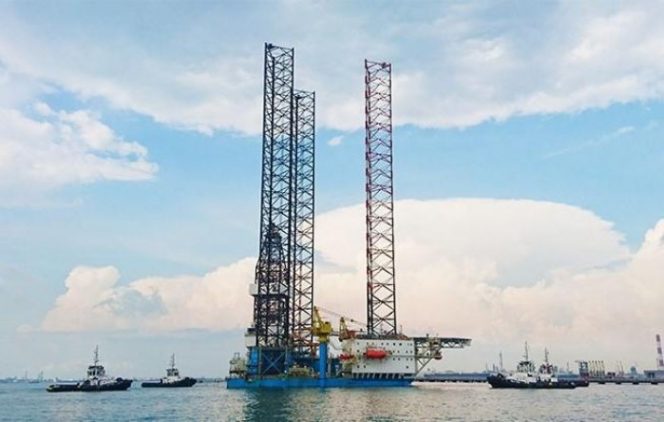