As explained, the injection system will be installed and operated on a floating offshore platform, receiving CO2 from visiting gas carriers.

The system will be equipped with a powerless CO2 heating circuit where the heating medium is circulated in a closed loop using seawater and without an external power source.

According to the company, this is designed to improve efficiency and allow the capture of the emitted gas to be stored underground on-site.

“Hyundai Heavy Industries Group and ABS are focused on the potential to grow the offshore CCS business to support future shipbuilding and the marine industry. We will continue to cooperate for the development of pro-environmental core technologies in the marine field,” said Sungjoon Kim, Senior Executive Vice President & CTO of Korea Shipbuilding & Offshore Engineering.

The one-million-ton injection system is expected to allow offshore CO2 storage in geological formations under the ocean floor and more than double the previous injection capacity, supporting the development of the carbon value chain and global decarbonization goals.

“Net zero cannot realistically be achieved without efficient carbon capture and storage technology. We are proud to work with innovators like HHI Group. ABS is committed to delivering industry-leading support for transformational technologies such as these which have such a critical role to play in creating a more sustainable industry,” said Christopher J. Wiernicki, ABS Chairman, President and CEO.

The existing regulations set by the International Maritime Organization (IMO) to cut carbon emissions by at least 50 per cent by 2050 are pushing the maritime industry to seek for different ways to decarbonise, from clean fuels to green technologies including carbon capture.

Carbon capture and storage (CCS) has emerged as an important pathway to contribute to the global CO2 reduction goals and support energy transition efforts.

In the coming years, carbon capture and removal technologies are expected to have a more important role in fighting climate change, as predicted in the Pathway to Net Zero Emissions report issued last year by the classification society DNV. 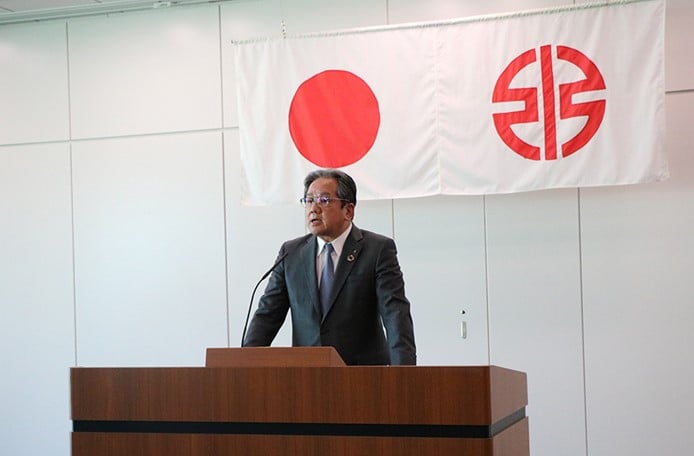