Croatia’s Adria Winch has, in the past month, in cooperation with Seaonics, received contracts to supply anchor-mooring equipment for three different vessels.

The orders are as follows:

Adria Winch with partner Seaonics won a contract to produce anchor-mooring equipment for an STX Subsea construction vessel. The vessel will be built during 2014 at Vard Langsten shipyard for Farstad Shipping. The scope of supply includes two anchor-mooring winches of 64K3 chain, two mooring winches of 100 kN and two tugger winches of 200 kN pulling force. All winches on board will be equipped with wireless remote controllers and will have variable freqency drive in order to gain stepless speed control during anchoring and mooring operations.

Hydraulic driven anchor-mooring equipment from Adria Winch will be built into new VARD’s Platform Supply Vessel. The vessel will be built in Vard Vung Tau Shipyard in Vietnam for Carlotta Offshore company. The scope of supply will include two Anchor-Mooring Winches of 46K3 chain, two Mooring Capstans of 100 kN and two Tugger Winches of 100 kN pulling force. The company will also deliver two Hydraulic Power Units of 42 kW power.

After producing equipment for Havyard’s Platform supply vessels No. 112 and No. 113 the same set of equipment is to be produced for Havyard’s newbuilding No.116. The scope of supply includes one double anchor-mooring winch of 42K3 chain, powered by two speed electric motor. The company will also deliver two mooring capstans of 100 kN pulling force and two tugger winches of 100 kN with frequency driven electromotors. The vessel will be constructed at Havyard Leirvik shipyard for Global Offshore company. 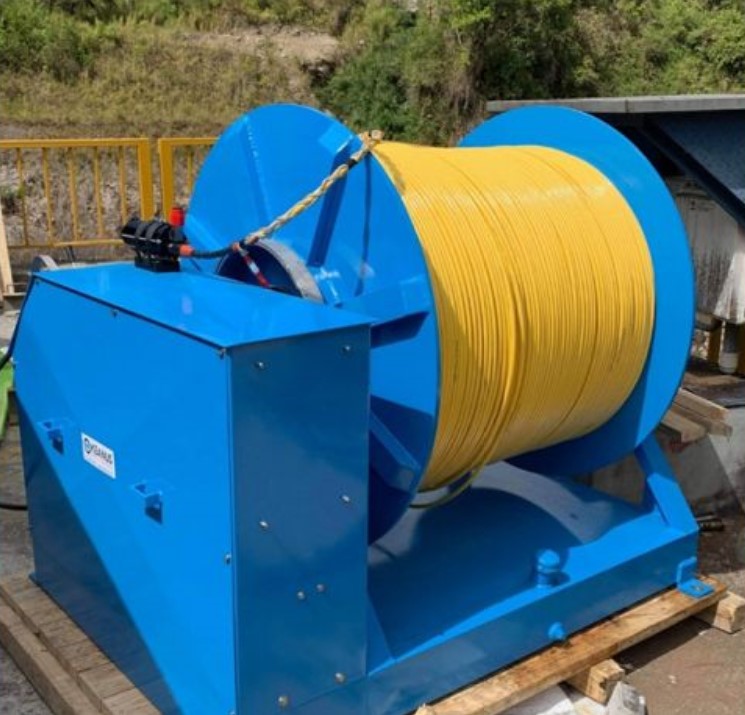