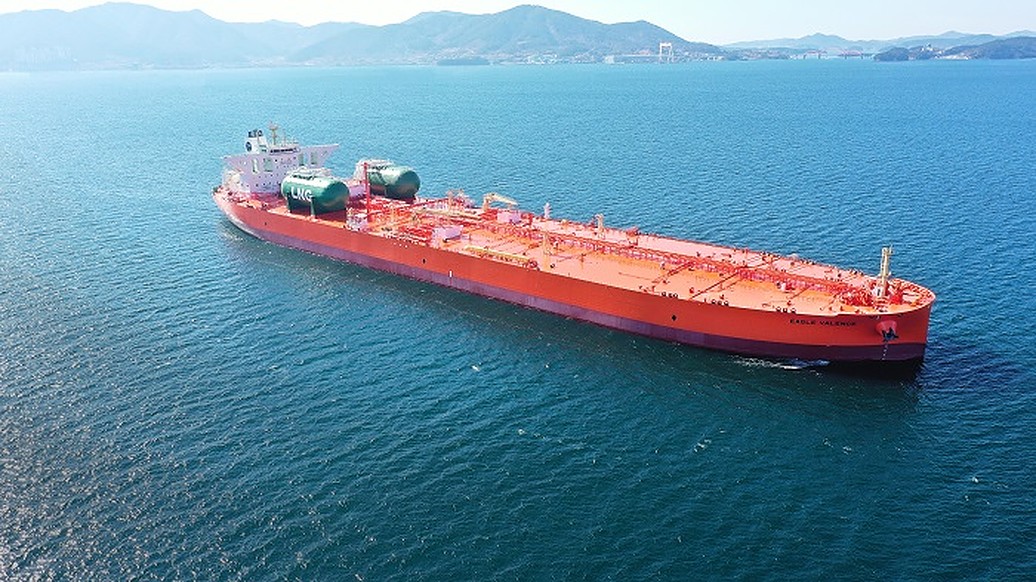 AET, a Singapore-based petroleum logistics unit of Malaysian energy logistics group MISC Berhad, has named the first of the two dual-fuel very large crude carriers (VLCCs) built for a long-term charter with TotalEnergies, explaining that the new vessel is setting new standards in carbon reduction for the maritime industry.

AET informed on Thursday that it has named its newest vessel which is the first of two dual-fuel VLCCs built for long-term charter to Chartering and Shipping Services, a wholly-owned subsidiary of TotalEnergies, based on the agreement signed in April 2020.

AET described the newest addition to its fleet as one of the world’s first dual-fuel and amongst the most environmentally friendly VLCCs in the market. The new vessel, Eagle Valence, a 300,000dwt tanker, was unveiled at a virtual naming ceremony held at the Samsung Heavy Industries (SHI) shipyard in Geoje, South Korea.

Capt. Rajalingam Subramaniam, President & CEO of AET and COO of MISC Berhad, remarked: “AET and TotalEnergies both have clear ambitions to decarbonise shipping and we pushed boundaries to move towards a lower-carbon future when we collaborated to build two of the first dual-fuel VLCCs in 2020. I am very proud that we are now setting a new benchmark for the maritime industry with our state-of-the-art Eagle Valence which is one of the first and amongst the most environmentally friendly VLCCs in the market.”

Luc Gillet, Senior Vice President of TotalEnergies Shipping & Trading, commented: “This vessel will contribute to our climate ambition to get to net-zero by 2050 together with society.”

Furthermore, AET explained that Eagle Valence’s sister vessel is currently under construction at the Samsung Heavy Industries yard in South Korea and is due to be delivered in the second quarter of the year.

Datuk Yee Yang Chien, President/Group CEO of MISC Berhad and Chairman of AET, stated: “We believe that LNG is the best fuel option available immediately for use whilst we continue our ongoing efforts by leading, collaborating and contributing to other long-term initiatives which we hope will bring us closer to achieving a fully decarbonised sector.”

According to AET, both dual-fuel VLCCs vessels represent a game-changer in conventional energy shipping with a carbon footprint reduction that is contributing to AET’s aspiration to meet or exceed IMO’s 2030 Greenhouse Gas goals. The firm further added that carbon reduction is achieved through a combination of cutting-edge LNG dual-fuel technology, energy-saving devices and innovative features.

“Our sustainability actions today will chart the pathway for a better tomorrow,” added Chien.

AET’s fleet portfolio currently has 11 LNG dual-fuel vessels with three Aframaxes in operations in the Atlantic, one Aframax operating in the Pacific, and two Dynamic Positioning Shuttle Tankers (DPSTs) operating in North and Barents Seas now being joined by the first VLCC. In addition, another four dual-fuel VLCCs are at the newbuilding stage to be delivered in 2022 and 2023.

Subramaniam further stated: “As an early pioneer in dual-fuel vessels, AET continues to invest in technology and team up with like-minded partners such as TotalEnergies who share our goal to create a truly sustainable global trade network. And we won’t stop there and are doing what we can to be impactful and reduce our and our customers’ carbon footprint to contribute to a sustainable future for our planet. I urge everyone in the industry to action cleaner and greener, collaborate and partner, act now and not later.”

Aside from naming the Eagle Valence vessel, AET confirmed that it also took delivery of one more Suezmax Dynamic Positioning (DP2) Shuttle Tanker on Thursday, bringing the number of DP shuttle tankers it operates globally to 13.

AET also took delivery of another Suezmax DP2 shuttle tanker back in January 2022, which was the first of three purpose-built for a long-term charter with Shell for operations in Brazil. 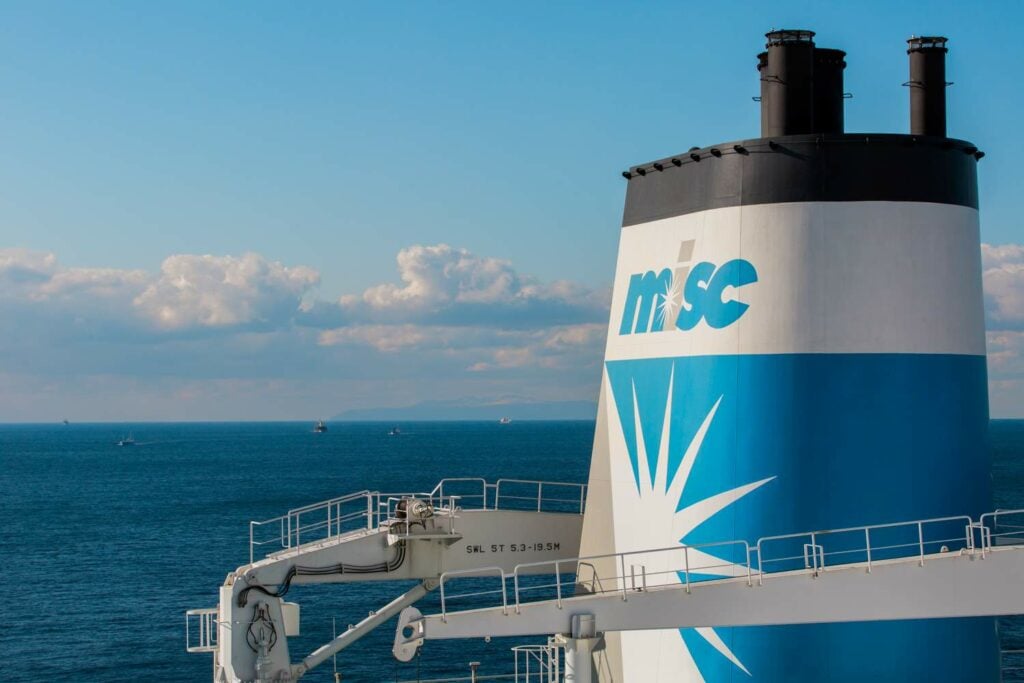