Advertisement
Back to overview
Home Fossil Energy After delays due to poor weather, Empyrean kicks off drilling ops offshore China

After delays due to poor weather, Empyrean kicks off drilling ops offshore China

Originally, the drilling of the Jade prospect was planned between 15 December to 30 December 2021 after an integrated drilling contract was executed with China Oilfield Services Limited (COSL) in November 2021. However, the company experienced a drilling hiatus due to poor weather conditions.

In March 2022, Empyrean managed to work out a new rig slot with its Chinese partners following discussions with COSL and China National Offshore Oil Company (CNOOC) to finalise rig availability and a new spud date for this well.

After weather conditions allowed the COSL-owned NH9 rig to mobilise to the Jade location last Friday, Empyrean Energy revealed on Monday that the LH 17-2-1 well on the Jade prospect was spudded on 10 April 2022.

According to Empyrean, the NH9 semisubmersible rig has started operations at the LH 17-2-1 well with the drilling of the 36″ surface hole down to 588 metres Measured Depth (MD), and current operations entail the installation of the 30″ surface conductor.

Tom Kelly, Empyrean CEO, commented: “Empyrean is delighted to inform shareholders that following successful anchoring operations at the Jade location we have spudded the Jade well over the weekend and drilled the first section of hole. The Empyrean, COSL and CNOOC EnerTech teams are working very well together to drill the well safely and achieve the objective.”

Empyrean further explained that the 17 ½” hole will be drilled down to 1050 metres MD and the 13 ⅝” casing will be set and cemented in place following the setting of the surface conductor. Afterwards, the rig will drill ahead in 12 ¼” hole to approximately 2140 metres MD before setting the 9 ⅝” casing. After this has been done, the rig will then drill ahead in the 8 ½” hole section through to the expected Total Depth (TD) of the well at 2860 metres MD.

Empyrean is conducting Logging While Drilling (LWD) operations during the drilling of the Jade well and expects to encounter hydrocarbons in the main target zone. In addition, the company will run additional Combo Logs to confirm oil pay zones and if any are confirmed then Empyrean plans to carry out flow testing operations on the oil pay zones.

Jade well to test for hydrocarbons

As the operator of Block 29/11 in China, Empyrean has 100 per cent working interest during the exploration phase. However, its partner, CNOOC, may assume a 51 per cent participating interest in the development and production phase in the event of a commercial discovery.

The Jade prospect is the first of the three identified prospects within Block 29/11, which also contains the Topaz and Pearl prospects and the combined audited mean in place potential of all three prospects is 884 MMbbl and a P10 in place upside of 1,588 MMbbl.

Empyrean’s objective for drilling the Jade well is to test for hydrocarbons down to the TD of the well at 2860 metres MD.

With a Gaffney Cline & Associates (GCA) audited mean in place potential of 225 MMbbl and a P10 in place upside of 395 MMbbl,  the Jade prospect lies immediately to the west of CNOOC’s four recent nearby discoveries, which are filled to their P10 potential or better and have gas clouds showing in the overburden on seismic, Empyrean says.

Based on Empyrean’s 3D seismic there is a classic “fill to spill” geological setup in the basin, and a robust regional seal, that provides the Jade and Topaz prospects with a very real possibility of being filled in a similar fashion to nearby discoveries. Furthermore, the post-stack seismic inversion study showed both prospects have the potential for excellent carbonate buildup reservoir quality with excellent porosity and permeability.

Similar to nearby discoveries, any oil discovered is expected to be light oil in the 38-41 API range. Empyrean believes these attributes combined with the potential for an exceptional natural reservoir support the potential for excellent recovery rates. 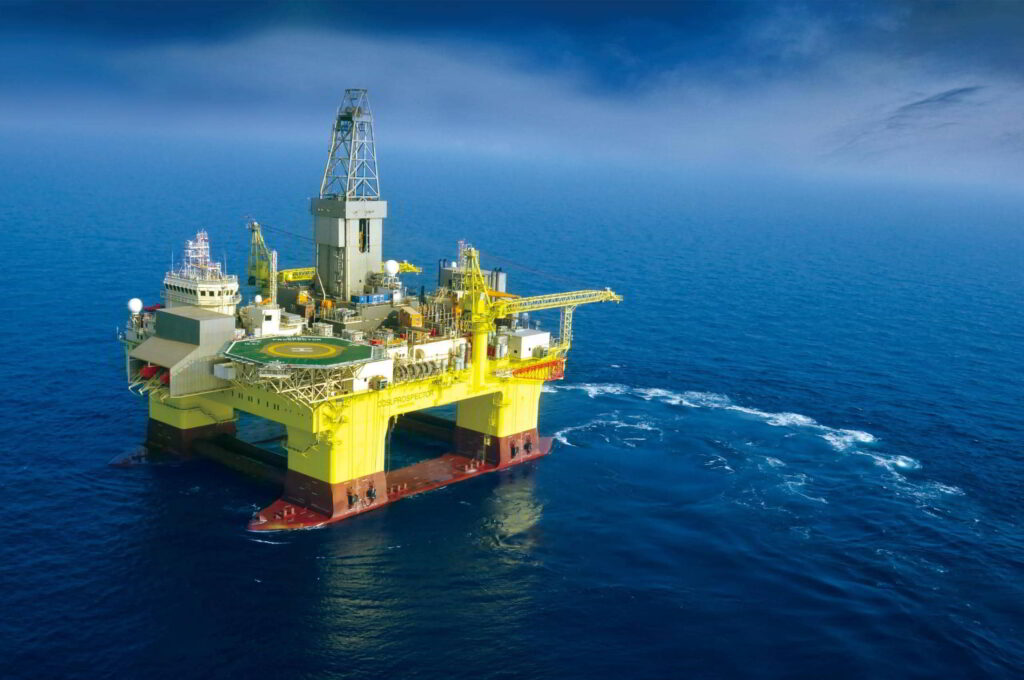