Aibel has been awarded a contract from ABB for designing and building a platform for a large offshore wind connection in Germany.

‘This is fantastic and a breakthrough for us. Our investment in renewable energy is paying off,’ states President and CEO Jan Skogseth in Aibel AS.

The platform will be built for the Dolwin wind farm cluster near Helgoland, in the German sector of the North Sea. It will receive alternating current from wind farms, and convert it into direct current before sending it onshore via subsea cables.

‘The value of the contract is around NOK 1.7 billion. It is an important “green” step forward for the company,’ says Skogseth.

The platform can receive electricity generated by three wind farms, totalling more than 200 turbines. It will be the size of a football pitch and have its own accommodation onboard for 24 people.

‘This is a concept which can be used for wind farms with a sea depth of between 15 and 45 metres. It represents a wealth of possibilities for the future,’ enthuses Skogseth.

He points out that the investment in offshore wind farms in Europe is huge and growing. Over 60 such farms are planned in the German sector alone up until 2030. The United Kingdom is following suit.

‘Over the next ten years, we expect orders will be placed for more than 20 such convertor platforms in the German and British sectors. This can be the start of a new and exciting business area for us,’ says Skogseth.

He adds that Aibel is considering setting up in Germany as a result of the need for maintenance of the wind platforms.

Developed concept in partnership with ABB

When the distance between a offshore wind farm and the onshore connection exceeds 100 kilometres, the current has to be converted to direct current before it can be transported. This is to limit loss.

‘We have worked with ABB over the last year to develop the concept, and have arrived at an excellent solution. Aibel will design and build the platform, whilst ABB deliver the overall project and supply cables and the conversion equipment,’ explains Skogseth.

The concept is based on the experience Aibel has gained from semi-submersible floating platforms for the oil and gas sector. The difference is that the wind platforms will be towed into the right position and placed on the sea bed.

The contract will be managed from Aibel in Haugesund. Construction will start next year at a yard outside Norway whilst final assembly will be performed in Haugesund.

‘Our first wind platform will leave the yard in Haugesund in the summer of 2014 and be towed to the Dolwin field,’ concludes Skogseth. 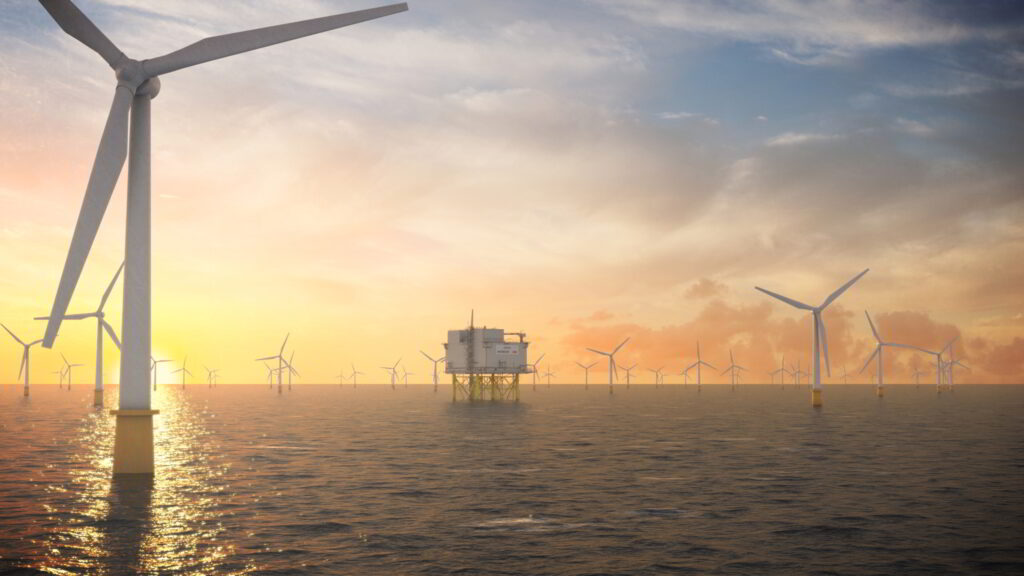