Australian Industrial Energy (AIE), a consortium of companies focused on the energy sector, has lodged a modification to its existing development consent for its Port Kembla Gas Terminal with the New South Wales Government.

As explained, the modification seeks to allow greater volumes of natural gas to flow through the facility for six months of the year.

Specifically, the consortium has requested to increase the number of annual LNG cargoes received at the terminal from 26 shipments of standard-sized vessels of 170,000 cubic meters to up to 46 shipments of variable-sized carriers to reflect the variability in demand.

The increase of up to 20 shipments represents an approximate 2 percent increase in the number of vessels that visit Port Kembla each year, according to AIE.

The move has been prompted by customers expressing a demand for natural gas during the winter months, which exceeds the volumes approved in the current consent for the project.

The project’s floating storage and regasification unit (FSRU), which will remain moored at Port Kembla’s Berth 101 to receive, store and send out natural gas, will not need to be modified as it has the capacity to handle the extra throughput, the consortium explained.

As part of the modification process, AIE will be required to undertake additional environmental and hazard studies which will then be assessed by NSW Government agencies. Whilst this is expected to extend the completion timeline, the request for additional volume reinforces the project’s critical importance as a solution to the nation’s near-term gas supply challenges, AIE added. 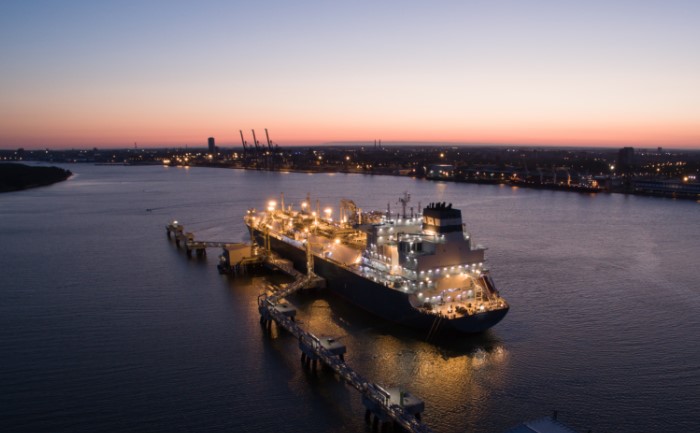