The subsea business, the biggest area by sales, generated revenue of NOK 3,289 million in the quarter, compared with NOK 2,899 in the year-earlier period. Continued efforts to improve project execution yielded results. The subsea EBITDA margin was 10.9 percent in the quarter, up from 8.7 percent a year earlier.

The company had an accounting gain of NOK 109 million in the first nine months of the year, of which a loss of NOK 59 million was booked under EBITDA and a gain of NOK 168 million was booked under financial items. Pre-tax profit for the third quarter fell to NOK 532 million from NOK 734 million a year earlier. Taxes were NOK 131 million, corresponding to an effective tax rate of 25 percent. Net profit for the third quarter was NOK 401 million, compared with NOK 552 million in the third quarter of last year. Earnings per share were NOK 1.46, compared with NOK 2.04 in the same period last year.

Order intake and backlog
The order intake in the third quarter was NOK 11.9 billion,  compared with NOK 16.9 billion in the year-earlier period.  The order backlog at the end of the quarter was NOK 60.6  billion, compared with NOK 59.7 billion a year earlier. The  prior year’s backlog figure includes a Category B rig contract  of NOK 11 billion that was cancelled in June 2013. The order intake includes new contracts as well as the expansion of existing contracts. The backlog is based on the value of signed contracts and the estimated value of firm contract periods in framework agreements and service contracts.

Cashflow from continuing operations was NOK 576 million in the third quarter. Net current operating assets increased to NOK 4,651 million at the end of the quarter, from NOK 4,163 million in the second quarter. While the cashflow in projects

“Improvement programmes in several business areas, including umbilicals, subsea and well-intervention services, started to pay off in the third quarter,” Executive Chairman Øyvind Eriksen said. “We passed some important milestones, with the Skandi Aker vessel beginning a two-year contract in September and with the delivery in July of the Ekofisk Zulu platform, which achieved first oil production in October.”

The four largest business areas – subsea, drilling technologies, engineering and maintenance, modifications and operations (MMO) – accounted for 82 percent of sales and 75 percent of EBITDA. The subsea and drilling technologies units increased their revenue in the quarter, compared with a year earlier, while the engineering and MMO divisions had somewhat weaker sales.

Subsea, the biggest business area, widened its profit margin to 10.9 percent from 8.7 percent a year earlier, aided by better project execution and strong subsea-services activity in Norway. Improvement programmes also boosted the earnings of the well-intervention services and umbilicals businesses. Umbilicals posted its first quarterly profit for the year after strengthening operations at a Norwegian plant and winning key contracts in the US.

Outlook
Aker Solutions experiences robust demand for its products and services in most markets and is well-positioned in the fast-growing deepwater offshore segment. Order intake and tender activity remain strong. At the same time, oil companies have delayed some projects amid cashflow concerns, increasing uncertainty about future investments and the timing of contract awards to oil-services providers.

Aker Solutions on 30 October agreed to sell its mooring and loading systems business to Cargotec for an enterprise value of NOK 1.4 billion. Proceeds from the sale will be used to develop the company’s main business in the deepwater and subsea oil-services segments, building on a strategy to deepen the focus on core growth segments.

Capital expenditure in the offshore market is expected to  grow 8 to 10 percent annually in the five years through  2017. Growth will be higher in the subsea market and other  offshore segments such as deepwater where the company  is well-positioned for further growth. At the same time,  investment growth in the onshore market is expected to be  lower at 4 to 5 percent annually.

Tender activity during the third quarter was robust, supporting expectations for further growth even as many oil companies have become more concerned with preserving cash. This has created some short-term uncertainty over the timing of contract awards to oil service providers.

“Aker Solutions expects to see several offshore drilling rigs and floating production facilities being ordered in the market during the next 12 to 18 months. These projects will provide significant opportunities for several of our key business areas,” said the company in its 3Q report.

“An expected fast growth in subsea spending will create significant opportunities for subsea, drilling technologies and process systems business areas. We are tendering for subsea and umbilicals contracts in the North Sea, Brazil, Asia Pacific and West Africa.” 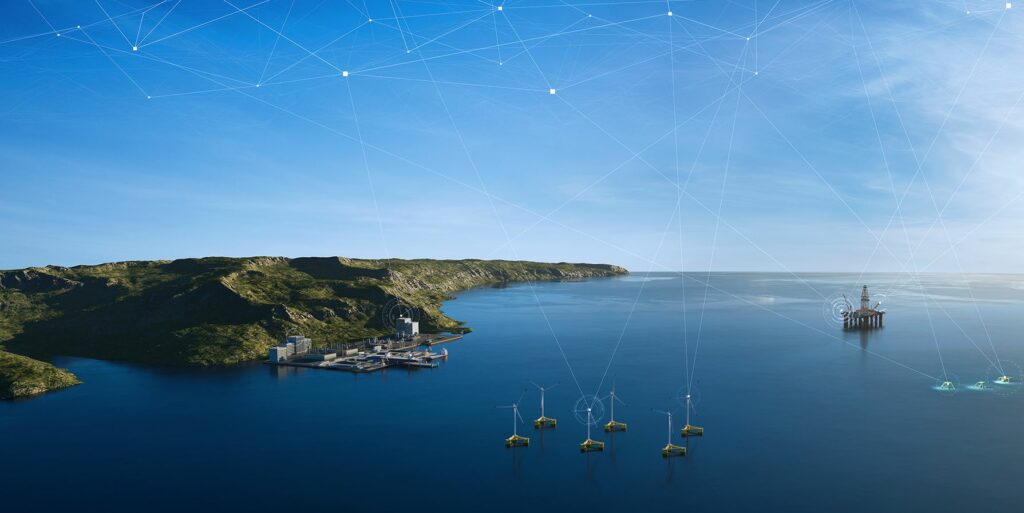