Advertisement
Back to overview
Home Offshore wind Alicat & South Boats, the state of the union: A rising tide lifts all boats

Alicat & South Boats, the state of the union: A rising tide lifts all boats

It was 12 months ago that the company responsible for building more wind farm support vessels than any other single boat yard was, following a period of financial uncertainty, acquired by Alicat workboats. Offshore WIND recently spoke to Ben Colman, the Sales and Marketing Manager for both South Boats IOW Ltd. and Alicat Workboats Ltd., about what happened in these weeks and what they expect from the future.

To a certain extent South Boats Special Projects Ltd. had been a victim of its own success. A perfect storm of rapid growth and investment and the need to expand the manufacturing footprint at a time of restricted credit had, unfortunately, taken its toll. The business was placed into administration whilst a buyer was sought.

With seven vessels in build, it was clear that market demand could support the continued operation of the business, but to expand successfully the right buyer would have to be found.

Step forward Gardline, in the figure of Richard’s Dry Dock & Engineering in Great Yarmouth. In double quick time due diligence provided them with sufficient evidence that under certain circumstances the name South Boats could continue to be associated with the building of vessels.

So, on the 29th of October Richard’s Dry Dock & Engineering, owners of Alicat Workboats Ltd., bought the assets of South Boats Special Projects Ltd. Keeping the association with the name they set up; South Boats IOW Ltd, of Cowes, Isle of Wight.

The first item on their agenda was to get contracts signed to continue the building work on hand. Terms for the continuation of orders from Iceni, Seacat and MPI were agreed with the new company, which ensured that both the vessels and the immediate future of the yard were secure.

Richard’s Dry Dock & Engineering was now the owner of two companies, both with a good reputation for building workboats ideally suited for the offshore wind industry.

Alicat had built 16 vessels since being established in 2009, many of which had been destined to work for the parent company. The pre reorganisation company, South Boats Special Projects Ltd., had delivered 16 vessels in the year 2012.

Alicat Workboats Ltd. & South Boats IOW Ltd. would have to decide quickly how the two builders would operate; side by side and hand in hand or independently apart.

During the last weeks of 2012 the integration of both businesses was underway, and a new opportunity was about to present itself.

In December there was other news in Great Yarmouth – this time of another company’s bankruptcy, marine electrical contractors, eTech. In early 2013 this misfortune gave Alicat Workboats Ltd. the opportunity to fill the space left by eTech.

They established Alicat Marine Electrical, who would be able to carry out the installation of the electrical fittings on their own new builds and also those of third parties’ new builds.

In Romsey, near Southampton they established another new company, Alicat Marine Design, an independent boat design company that could replace the large amount of R&D work that had been subcontracted previously.

It was looking as though plans had been carefully laid to avoid any chance of repeating the fate of others in Great Yarmouth and on the Isle of Wight. Early in January 2013 Alicat announced a large order for 4 state of the art support vessels for E.ON. Meanwhile, at the Medina Shipyard the work continued on the seventh vessel in build. The first vessel to be completed under the new ownership, the Freddie S, was delivered to Windwave Workboats in January.

At this time it was clear that the two companies were operating in their own right. As Steve Thacker, General Manager of Alicat Workboats said: “The 2 companies are like certain car manufacturers, both working under the same ownership but building vehicles for very different markets.” No two vessels built by South Boats have been the same. Each one was designed with its own very specific elements.

This had not been the case with the Alicat builds, which have been more of a production line model, built to the requirements of Gardline. The Great Yarmouth boat yard had worked hard and succeeded, if the order book is to be seen as evidence, to allay potential customer fears of feedback from customers being used to benefit Gardline’s own vessels working in competition in the same market.

Steve does not worry about having to differentiate between the products of the two companies, Alicat and South Boats IOW. He believes the clients will do that themselves, going to whichever builder has the reputation for the type of build they require. Having ‘two bites at every cherry’ when tendering makes very good sense for the two companies.

At the time of the interview with the two companies there was news that within a couple of weeks an announcement would be made concerning a huge £10m order from Seacat Services for 3 vessels to be built at the South Boats yard on the Isle of Wight.

The order, which was announced on the 17th of September, followed extensive market research into what the clients need and where their vessels will be working. Using this data the three new vessels are to be built to a brand new tailored design with amongst other design features a new South Boats hull. The three vessels consist of a smaller, 24m vessel, and two 26m vessels. They are due for delivery in 18 to 24 months from the order announcement.

And to highlight the flexibility inherent in both yards, Alicat’s recent delivery of a 22m vessel built to class, conforming to other European member state regulations, for Dalby Offshore means that buyers are able to choose differing specifications for vessels built at either yard.

For the future, Ben sees one priority for the two companies will be try to ensure that the yards have a sustainable level of work, levelling out the peaks and troughs. It had been hard times during the 2012 winter for the support vessel companies. However, Ben now envisages that it is realistic to expect that 6 to 7 vessels can be built at each of the two yards each year.

Concentration on building vessels able to work in German and Danish waters will be another priority. This means that there are no plans for a great expansion of the business carried out by the two yards. For the UK Round 3 wind farms in the future there will be a mix of larger transfer vessels which will be supported by the current transfer vessels.

Ben says that there will be ‘a transfer of skills’ between the two companies sharing research and design ideas in the future. This will improve the worth of the Alicat vessel while, at the same time, improving the building in economic terms at South Boats. There is every indication that the road between the Red Funnel ferry terminal in Southampton and Alicat’s yard on South Town Road in Great Yarmouth will be quite busy in the future! 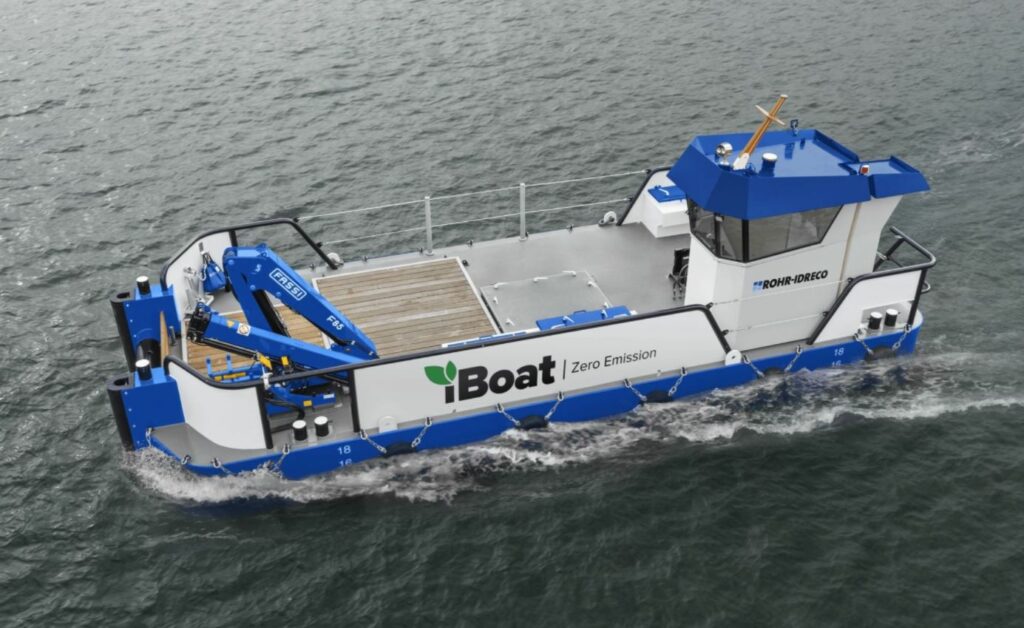 Rohr-Idreco introduces iBoat
Posted: 15 days ago
Interview with Fulco Vrooland: ROHR-IDRECO is on the rise
Posted: 7 days ago
Norwegian unions and offshore drillers going to mediation as wage talks fail
Posted: about 1 month ago