All the grand blocks for Nexans’ cable laying vessel (CLV) Nexans Aurora have been assembled at the CRIST hull yard in Poland.

According to Nexans, work tasks such as some steelwork, outfitting and paintwork now need to be carried out before the hull can be towed to Ulstein Verft in Norway for finalizing.

Nexans Aurora is a DP3 cable laying vessel that will be outfitted for power cable laying, including bundle laying, jointing and repair, and cable system protection and trenching.

Nexans signed a deal with Ulstein Verft for the construction of the vessel back in July 2018.

It was shortly after announced that MAATS Tech will supply a deck spread and Palfinger Marine a major deck equipment package.

Designed by Skipsteknisk, the 150-meter CLV has a 31-meter long beam, a turntable with cable capacity of 10,000t, and can accommodate up to 90 persons.

Ulstein began the construction of the vessel in February last year. Delivery is scheduled for 2021. 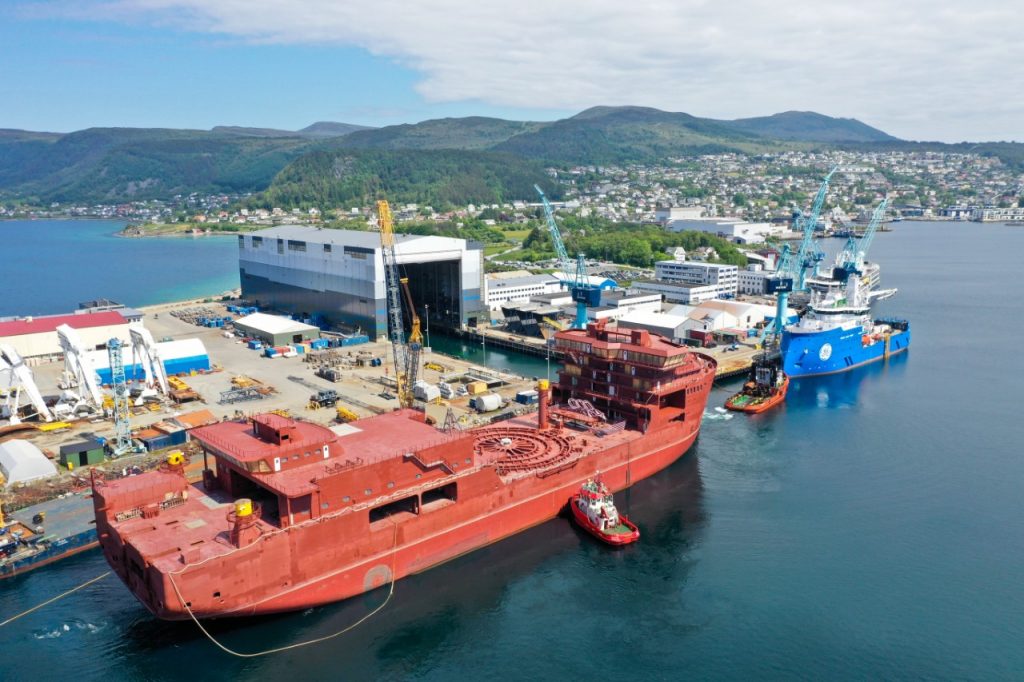