The U.S. Army Corps of Engineers, Seattle District, has awarded a contract for the Grays Harbor channel deepening project to American Construction Company.

The Grays Harbor navigation project is a large coastal inlet on the central coast of Washington.

Twin jetties (17,200 feet and 13,734 feet) secure the mouth of the harbor with a deep draft 22-mile channel from the Pacific Ocean to the city of Aberdeen.

During the two year scheme, American Construction will remove approximately 4,000,000 cubic yards of material from this area.

The contract will involve clamshell dredging operations and open water disposal, according to the Tacoma based dredging company.

This project is necessary to keep the federal navigation channel open for increasing exports from the harbor. 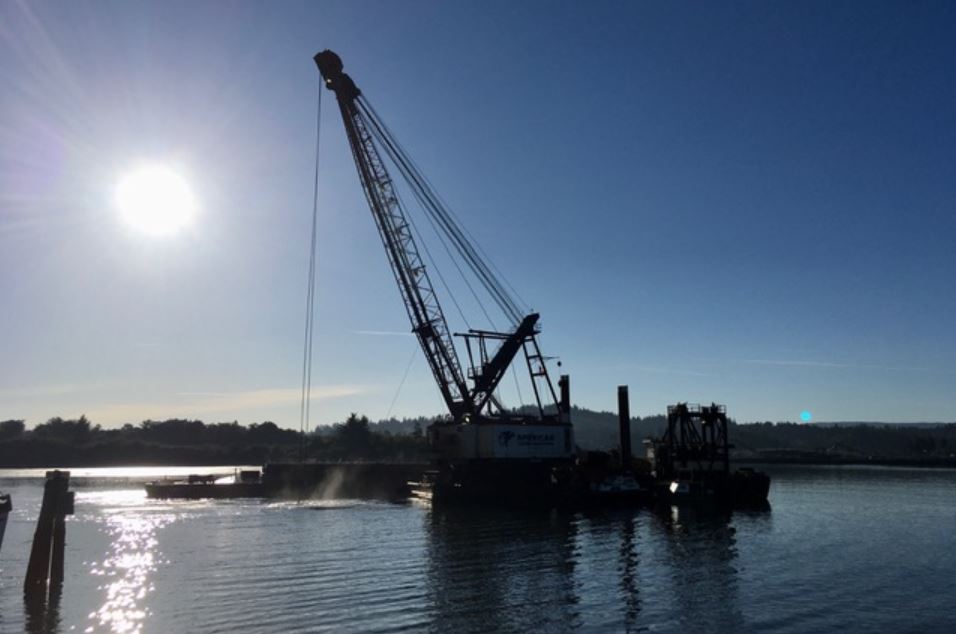