The first season of the Annisquam River federal navigation project in Gloucester, Massachusetts, is moving on nicely, according to Gloucester Harbormaster T.J. Ciarametaro.

Last Wednesday, Ciarametaro briefed Waterways Board members about the progress made so far saying that almost half of the targeted sand and debris has been already removed from the river.

Ciarametaro also said that the contractor – Coastline Consulting and Development, LLC, of Branford, Connecticut – has dredged areas around Thurston Point and is now concentrating on areas in and around Lobster Cove, the Blynman Canal and Wolf Hill.

The harbormaster added that the $7.8 million dredging project has received a two-week extension that will allow this season’s dredging to continue until Feb. 15.

The project consists of maintenance dredging of over 140,000 cubic yards of sand to remove shoals from the channel, and part of the Lobster Cove anchorage, with placement of the dredged material at Ipswich Bay Nearshore Disposal Site and Gloucester Historic Disposal Site.

The scheme is being managed by USACE and all work will be accomplished under the supervision of a Corps’ Quality Assurance Representative to assure compliance with contract requirements. 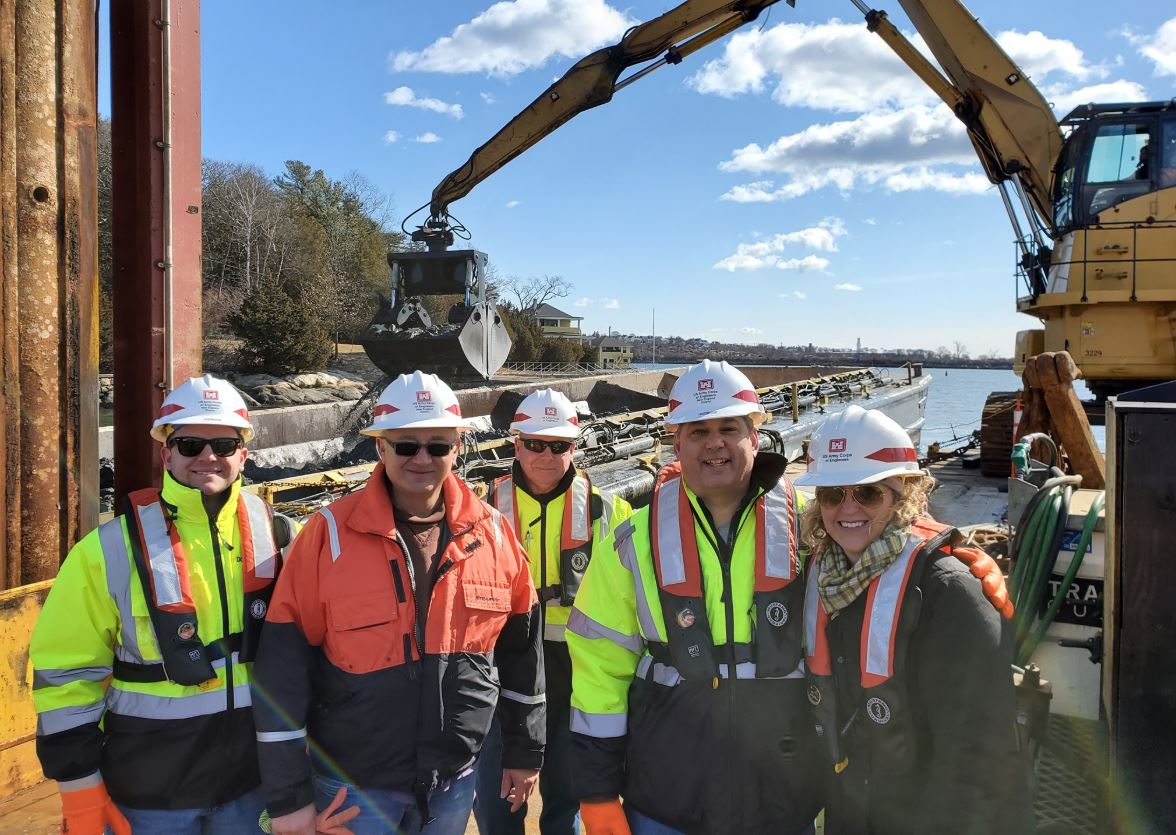