Due to the severity of the work undertaken by dredgers, it is expected that each vessel will be drydocked on a regular basis. One of the main factors in winning this contract was the high standard of health and safety systems operating in the shipyard.

The first vessel, the 5,022 m3 Sand Falcon has already visited the shipyard during March/April this year, and the 2,700 m3 Sand Heron and the 4,000 m3 Sand Fulmar due in the yard during July and August respectively. Apart from the normal drydocking operations, each vessel will also have work carried out on all the dredge equipment such as pipes, hoppers, pumps etc.

The dredging industry is one of the main markets for A&P Tees – the yard also carries out work on such vessels owned by other dredge contractors, including UK Dredging, Britannia Aggregates and PD Ports. Currently in the yard, undergoing general repairs is PD Ports’ 1,530 m3 trailing suction hopper dredger Cleveland County. Also currently in the yard is the Svitzer tug Svitzer Redbridge, which is the fifth tug from this owner this year – with another three/four to come.

A&P Tees operates in a number of shipping markets including offshore and platform supply vessels. The 22.20 m width of the largest of the two graving docks is ideal for such vessels, with contracts completed this year involving ships from Gulf Offshore and Atlantic Offshore. Although there is an azimuth pit already in the smaller of the two graving docks, these offshore ships are more suitable to the larger graving dock. So A&P Tees is currently undertaking a feasibility study to construct such a pit in the larger graving dock. 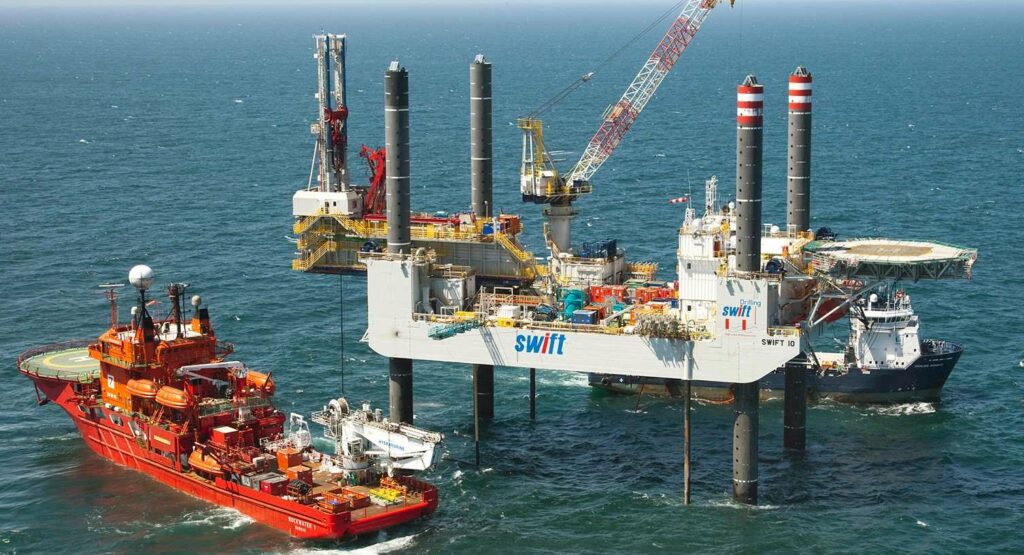