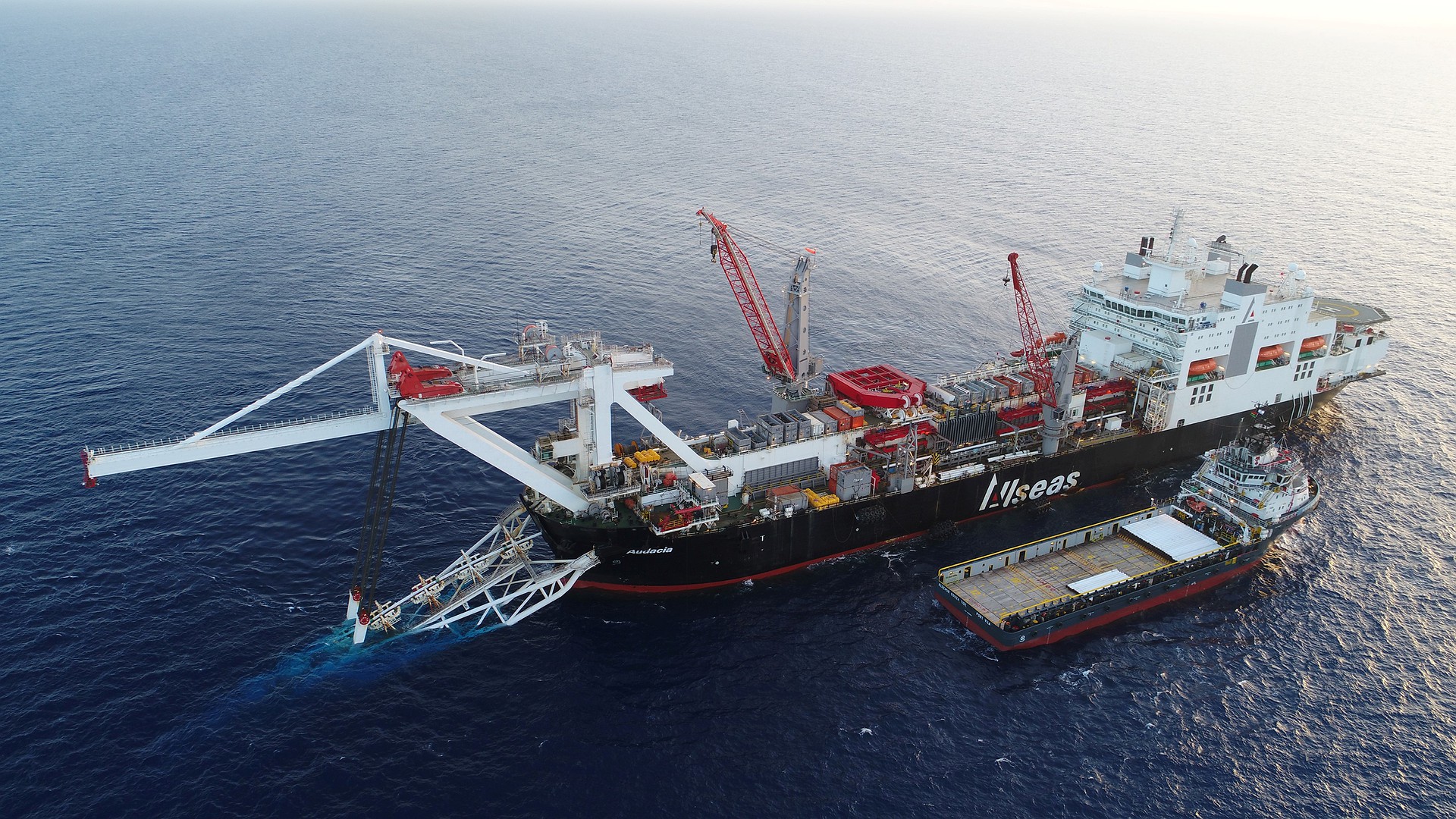 The offshore pipelay vessel ‘Audacia’ has started its work on the Nord Stream 2 project on Saturday.

Allseas-operated Audacia is the second vessel, together with the Castoro Dieci (C10), to lay the Nord Stream 2 pipeline in the German route section.

Audacia started its installation works at the end of the 30 kilometers-long trench of the twin pipeline, located in German territorial waters. The vessel will be laying pipes for approximately 38 kilometers in a deeper water section of the route.

Once Audacia completes the first line, it will then return to starting point to continue laying the second line, completing its works in Germany by the end of 2018.

All works on the Nord Stream 2 Pipeline in German territorial waters are scheduled to be completed by the end of this year.

Nord Stream 2 is a planned pipeline through the Baltic Sea, which will transport natural gas over some 1,230 km from the world’s largest gas reserves in Russia via the most efficient route to consumers in Europe. The pipeline will have the capacity to transport 55 billion cubic meters of gas per year, enough to supply 26 million European households.