Two bulk carriers have been banned from Australian ports for breaching the most basic rights of seafarers, according to the Australian Maritime Safety Authority (AMSA).

Namely, the Panama-registered Fortune Genius in Gladstone and the Xing Jing Hai in Brisbane have been banned for a period of 12 months and 18 months, respectively, for failing to pay crew their wages in full and on time.

AMSA surveyors boarded the Fortune Genius in Gladstone on September 5 after receiving a complaint via the International Transport Workers’ Federation.

An investigation revealed the crew of the Fortune Genius had been deliberately under paid by the operator, New Fortune Genius Management, by about AUD 100,000 for the months of April to August.

The ship had been operating with two sets of wage accounts, one showing the amount of wages the crew should have been paid and the other showing what they had actually been paid. The ship was immediately detained.

The complaints related to unpaid crew wages and the operator, Dalian Ocean Prosperity International Ship Management, has previously been warned over unpaid wages with a sister ship, the Xing Ning Hai.

AMSA’s investigation revealed the crew of the Xing Jing Hai had been paid late for the months of May and June, while wages for July and August amounting to about AUD 140,000 were still outstanding.

AMSA General Manager of Operations Allan Schwartz issued both ships with bans, preventing them from entering or approaching an Australian port.

“Failure to pay crew their wages in full and on time is a reprehensible breach of the Maritime Labour Convention and one that AMSA will not tolerate,” Schwartz said. 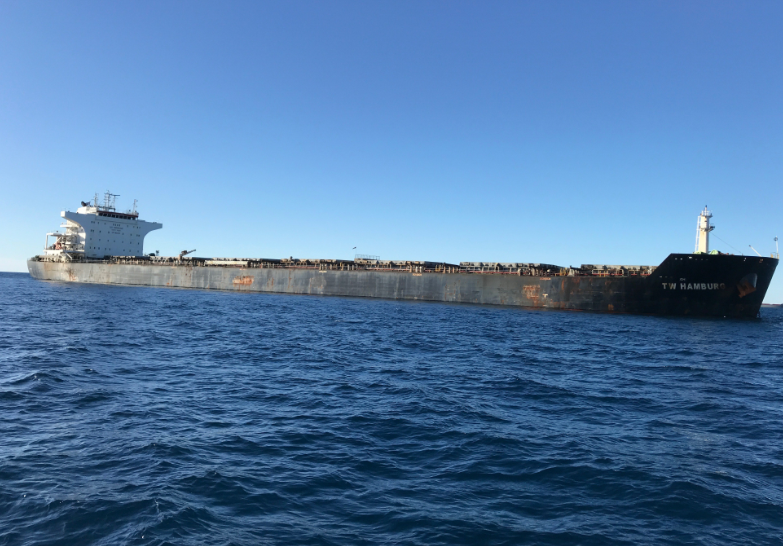