OpenIJ – a consortium of construction companies building the world’s largest sea lock in IJmuiden, the Netherlands – has just released the latest update on the development project.

Work is also underway on the foundation of the rails for the upper wheel carriages on the walls of the outer head.

Building Consortium OpenIJ is also continuing the sinking operation of the inner head.

The flood defense will be built up to a newly required height of 8.85 meters above NAP. On top of the sand-filled space between the walls of the dividing dam a public road will be built so that in the future, road traffic can cross the canal via the locks.

Flood barrier on the north side

In the coming weeks, work will be carried out on the foundation of the rails on the walls of the lock gate chamber of the outer head.

On top of this foundation the foundation beam will be built with the pin track, the rails and, finally, the upper wheel carriages.

In total, the lock gate chamber will be sunk about 18 meters into the ground, up to a position of 25.5 meters below NAP. 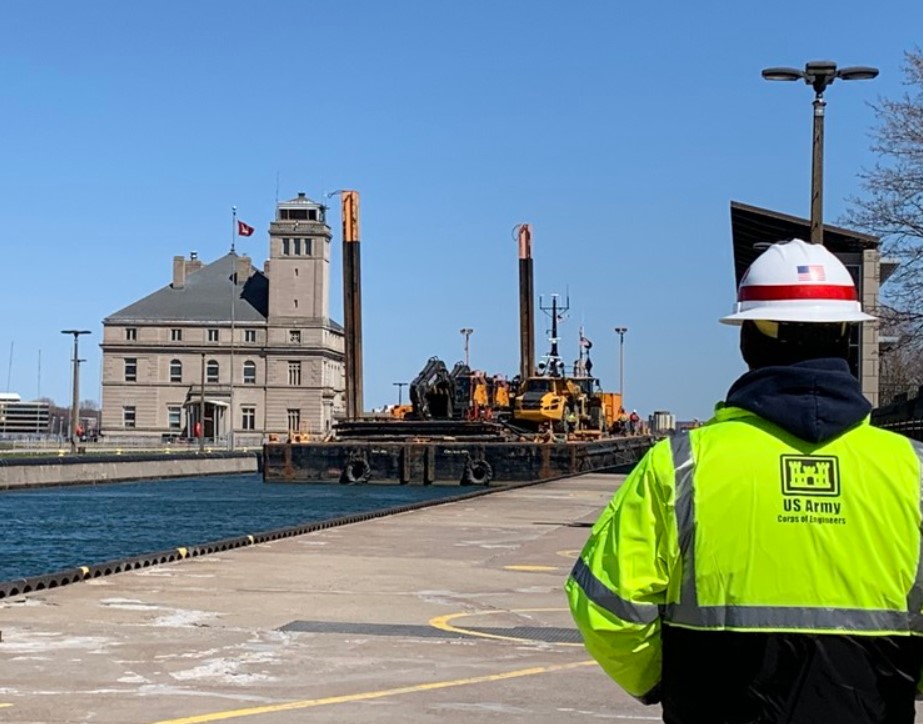