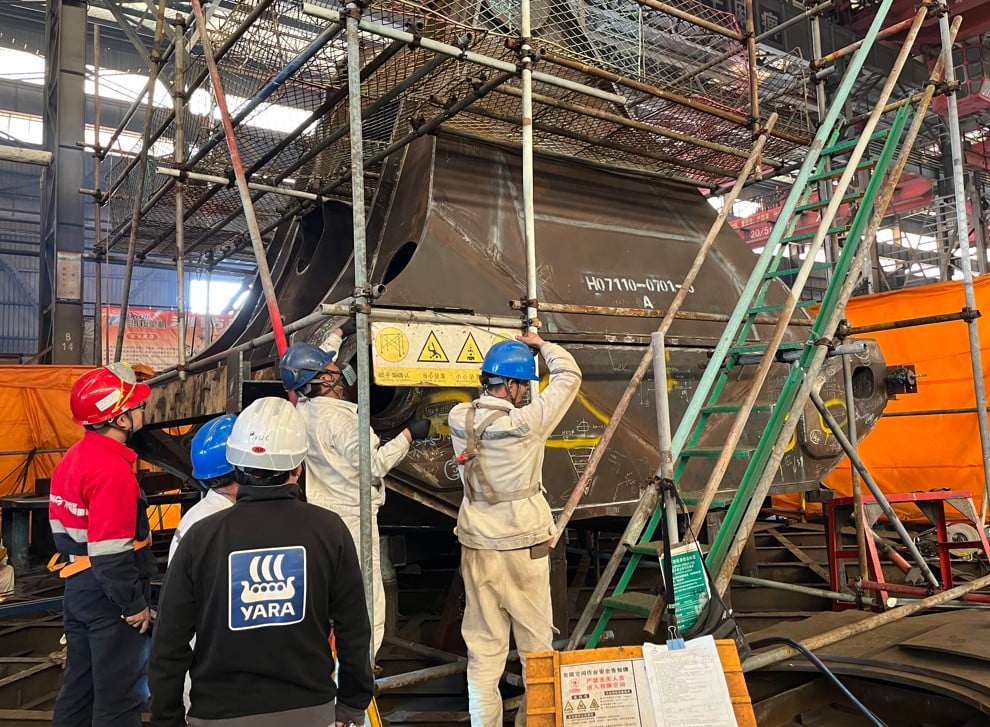 The two companies said that the ‘first cut’ of the steelwork that will form the first production run of WindWings has been completed, adding that the production focus is now on the main spar elements that give the WindWings their height, alongside the associated booms, towers, and slew bearings.

Manufacturing is also progressing with the tilt mechanism that enables the sails to be to be stowed during dockside operations, when passing under structures, or in certain sea conditions.

As informed, the composite parts of the wings are also well advanced with the assembly and testing to follow.

WindWings is an advanced wind-assisted propulsion and route optimization system, and according to its developers, simulations demonstrate that it can reduce fuel consumption and CO2 emissions by 30% on average trading patterns.

The system features large solid wing sails that measure up to 50 meters in height, fitted to the deck of bulk cargo ships to harness the power of the wind.

Global commodities business, Cargill, which charters the Pyxis Ocean, will be the first operator to test the WindWings in practice.

“Despite global challenges in the commodities supply chains, the production of WindWings continues on schedule, with installation onto the Pyxis Ocean set for the first quarter of 2023, and the Berge Olympus following shortly afterwards,” the companies said in a joint release.

“The failure of COP27 to reach consensus on phasing down fossil fuels has reminded us of the imperative to keep innovating at an industry level in order to reach our goals for decarbonising global bulk shipping,” said John Cooper, CEO at BAR Technologies.

“However, with the CII regulations set to come into force in January 2023, vessel owners are not in a position to just do nothing – they must have a plan for emissions and manage this planning within set deadlines.”

“The positive news is that with technologies like WindWings, alongside much of the work being done into future powertrains, vessel owners have options on the table to be able to adapt quickly, reducing the risk of stranded assets.”

The large, solid wing sails on board the bulker will measure up to 50 metres in height and will be capable of reducing CO2 emissions by as much as 30% through a combination of wind propulsion and route optimisation.

“Berge Bulk’s decision to equip its Newcastlemax bulker Berge Olympus with four WindWings shows that wind-assisted propulsion is one of the key technologies in their transition strategy towards Net Zero. We are very proud to support our customer in reducing the emissions from Berge Olympus by 19 tonnes of CO2 per day on an average route. This is a major result for decarbonisation of this bulk carrier,” said Thomas Koniordos, CEO at Yara Marine Technologies.

“The interest in WindWings from the industry is thrilling and we are happy with the progress we achieved in the value chain to ensure the ready availability of this technology to meet the needs of the shipping industry worldwide.”

The structural integration required prior to installing the technology was carried out during a scheduled dry dock. Four of Anemoi’s large folding deployment rotor sails will be installed to improve vessel performance. 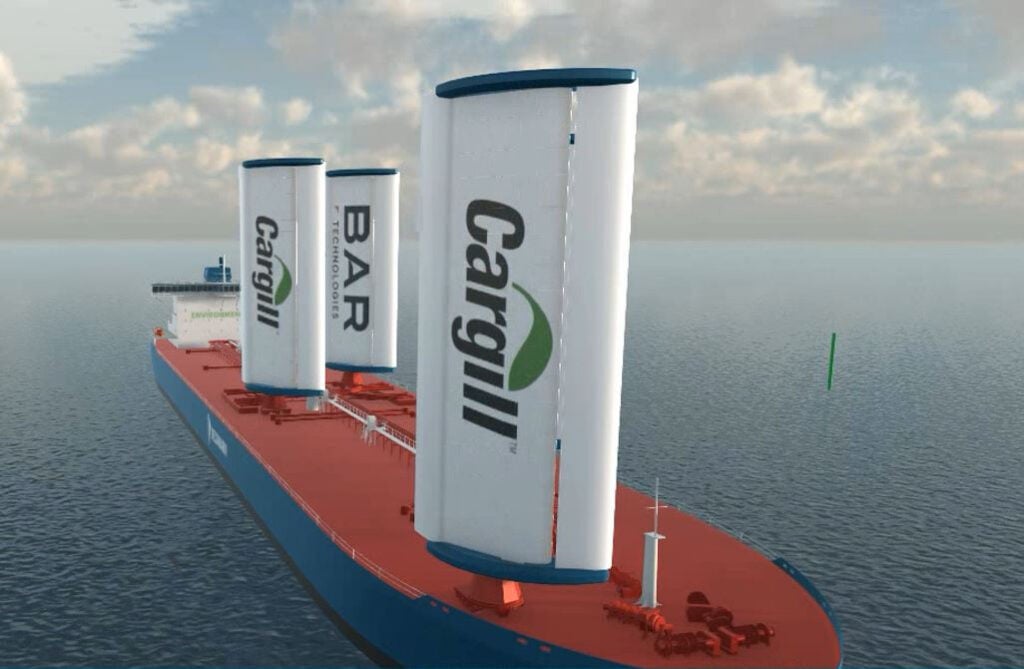