The rig was supposed to be used for the development of its undeveloped Otway Basin gas reserves, as well as exploration for additional gas reserves, targeting increased gas supplies for the Victorian gas market.

In an update on Monday, Beach said it had issued a notice of termination for the Ocean Onyx rig contract as the operator of the Victorian Otway Basin Joint Venture where OGOG (Otway) Pty Ltd is a partner.

The semi-submersible Ocean Onyx rig arrived in Victorian state waters in mid-April for the beginning of the Victorian Otway Basin offshore drilling campaign.

Beach gained regulatory approval to drill the Artisan well back in March 2020.

As the arrival date was later than had been agreed and specified in the rig contract, Beach exercised its right to terminate the agreement, the company explained.

The rig had not yet been accepted by Beach and therefore whilst some preliminary start-up costs have been incurred, the company’s spend to date is not material.

Beach stated that all parties are engaging in discussions with regard to the future operations of the Ocean Onyx rig and the Victorian Otway Basin offshore drilling campaign, with a view to agreeing a new contract in due course.

However, this process will take into consideration executing the drilling campaign during the COVID-19 epidemic and associated restrictions.

Beach’s preliminary assessment is that offshore drilling is unlikely to start until FY21, with the exact timing to be agreed as part of any new contracting process.

Beach also said in the Monday update that the onshore to offshore Black Watch-1 well was recently completed with drilling results in-line with pre-drill expectations. This well will increase Otway Gas Plant output when it is tied in later this quarter.

Beach is planning to spud the Enterprise onshore to offshore exploration well in the second half of calendar 2020. 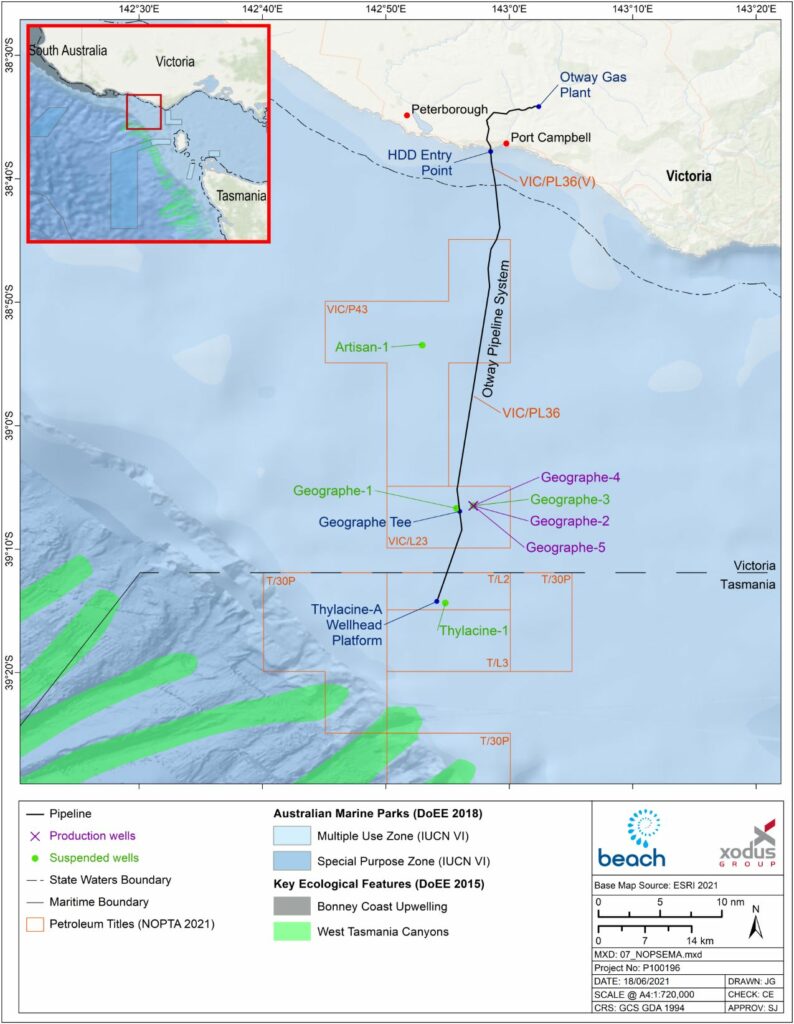