As a result of a European public tender, the Antwerp Port Authority appointed ship owning company EXMAR as its strategic partner for LNG bunkering in the port of Antwerp. Both partners have teamed up for the development of an LNG bunkership as well as for the execution of several further required studies.

LNG as a fuel is an excellent solution for ship owners to meet the various emission regulations that will come into force as from 2015. Compared to traditional ship fuels such as heavy fuel oil and diesel, the use of LNG significantly reduces the emission of sulphur oxides, nitrogen oxides, CO2 and particulate matter. LNG is therefore considered as the ship fuel of the future.

Through their strategic alliance, the Port Authority and EXMAR want to facilitate the use of LNG as ship fuel. Both partners plan to start with the actual construction of the LNG bunkership early 2014.

Mr. Eddy Bruyninckx, CEO of the port of Antwerp, states: “the Port Authority wishes to not only encourage but also to facilitate the use of LNG as ship fuel because of the associated environmental- and sustainable benefits. The Port Authority therefore wants to ensure that ships calling the port of Antwerp are able to bunker LNG as ship fuel as from 2015. By calling on the LNG expertise of EXMAR, LNG shall be offered as a ship fuel in a safe and efficient manner. The Port Authority’s ambition to position itself as a sustainable port is herewith put into action.”

Mr. Nicolas Saverys, CEO of EXMAR, adds: “EXMAR is very pleased to work together with the Port Authority on developing LNG bunkering in Antwerp. EXMAR considers LNG bunkering as a strategic target market for the coming years. Independent studies indicate that the LNG bunkering market has a worldwide potential of an additional tens of millions of tonnes of LNG per year by 2020. Given its unique LNG expertise in i.a. the transfer of LNG via flexible hoses, EXMAR is perfectly placed to position itself in this new LNG bunkering market and thus substantially contribute to the further reduction of ship emissions.” 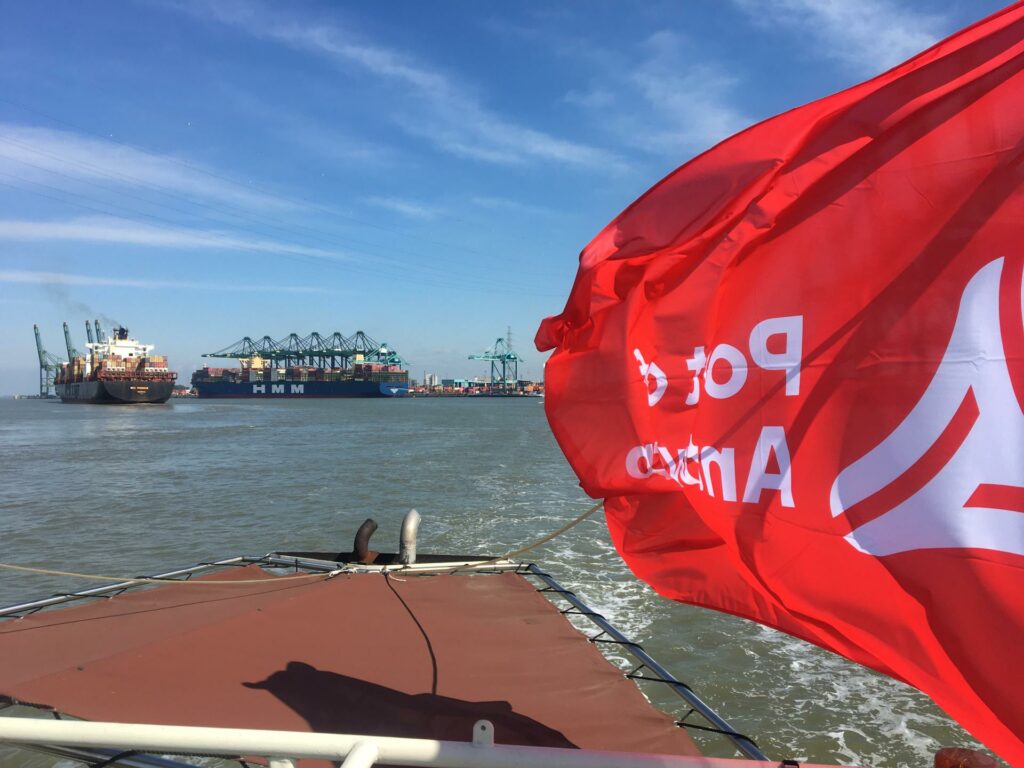