Councillors and members of the public had an opportunity to consider Bournemouth Council’s emerging response to the proposals by Navitus Bay Development for a wind farm off the Bournemouth coast last week.

The meeting of Bournemouth Council’s Environment and Transport Overview and Scrutiny Panel received an update from officers on the process for responding to the planning application, and the key areas of concern for the Council.

It is now clear that the key issues of concern for Councillors and residents are the effects on tourism and the local economy, the visual impact, the impact on the World Heritage Site of the Jurassic Coast, the creation of an industrial landscape, the potential impact of noise and vibration and the potential impacts on wildlife.

In May, the Council organised a residents’ meeting in the BIC. Six hundred people filled the Tregonwell Hall to hear a range of speakers. After the meeting residents were asked for their opinions on the development. The residents’ responses have been analysed and used to prepare the proposed response to the Planning Inspectorate. The Planning Inspectorate is the planning authority for the Navitus proposals as the development is a nationally significant infrastructure project.

Councillor Mark Anderson, Chair of the Environment and Transport Overview and Scrutiny Panel, said, “For the second time this issue has come to the Scrutiny Panel. It is an extremely important development with potentially significant impacts on the economy, the natural setting of the bay, and wildlife. The effects of the build and operation of the wind farm, should it be approved by the Secretary of State, need to be fully assessed and appreciated by those it will affect the most, Bournemouth residents and visitors to the town.”

Leader of the Council, Councillor John Beesley, said, “It is essential that we reflect the opinions of Bournemouth residents in our response. This meeting was very important in order to hear the strength of feeling so that we can emphasise the issues that are of greatest importance to Bournemouth’s residents, businesses and visitors.”

The Navitus Bay Development application documents are available for public view at Bournemouth Library (1st floor) until 23rd June, which is the final day for registering with the Planning Inspectorate as an interested party. 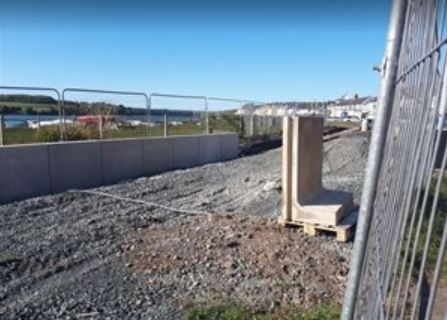