The tests were conducted on March 10, after a few people started experiencing flu-like symptoms.

Of the people tested, four crew members and one guest tested positive, with another guest having an inconclusive result.

Fred Olsen said that the people in question were isolated and being looked after by the on-board medical team.

“We can confirm that we have been required to change the itinerary for Braemar, after five people on board tested positive for COVID-19 Coronavirus,” the ship’s captain is cited as saying in an update on company’s website.

The ship was due to end its Western Caribbean & Central America’ cruise in Barbados on March 12. However, due to precautionary measures from the local authorities, the ship has had to alter course and head towards the Bahamas, the ship’s flag state.

“We are currently working with the Bahamas, the UK government, UK Chamber of Shipping and Public Heath England to ensure that all guests can return home as soon as possible,” the captain said.

“We have received confirmation that essential services and provisions including medical supplies and fuel are available to us when we reach the Bahamas.”

As informed, based on the advice from the public health authorities in England, there was no reason to isolate the passengers in their staterooms. Nevertheless, the passengers were advised to keep a social distance.

The captain addressed the rumours circulating in the media regarding the permission for the ship to disembark passengers in the Bahamas, adding that media speculation was not helping the situation.

“Please bear with me in this incredibly frustrating time, where rumour is plentiful and facts are in short supply. The time differences between us and the UK is making this more challenging,” the captain concluded.

The company informed that the ‘Islands of the Caribbean & the Azores’ (M2006) cruise which was due to depart from Barbados on Thursday, March 12th, was cancelled.

“There are many ports around the world who are making a decision as to whether to stay open for cruise ships. Some cruise companies have suspended their operations. We are monitoring these announcements carefully and will revise any affected itineraries accordingly. All guests booked onto any cruises which are required to change as a result will be made aware as soon as we have alternative plans confirmed,” the cruise operator said. 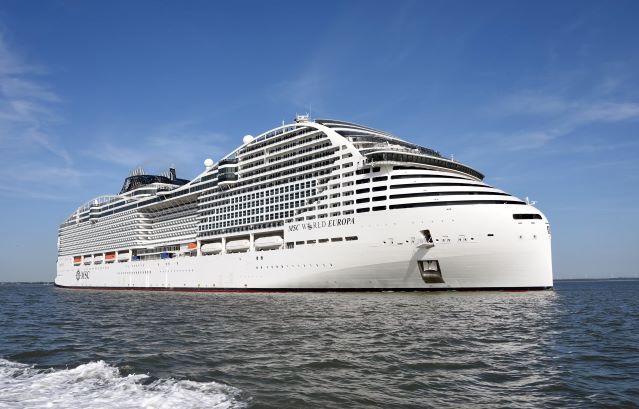