French shipping company Brittany Ferries has signed a letter of intent (LOI) with German Flensburger Schiffbau shipyard for the construction of a new ship powered by liquefied natural gas (LNG).

A final contract for the 1,680-passenger ferry is expected to be signed in spring 2017. Following the agreement signing, the construction of the 42,000 gross ton ferry will start, according to the company.

The new ship is expected to be launched in 2019, operating in tandem with another cruise ferry, Mont St Michel, on the Portsmouth­-Caen route.

The ferry will feature a length of 185 meters and a breadth of 31 meters.

“It will be one of the cleanest, most environmentally-friendly ships to operate in UK waters because LNG emits less carbon dioxide during combustion than marine fuel oil and burns with no smoke. In addition, it is free of sulphur and is very low in nitrogen oxide emissions,” Brittany Ferries said.

The order is part of the company’s ongoing efforts to reduce the environmental impact of its operations. The signing of the LOI follows a GBP 65 million (USD 80.4) investment in emission-reducing scrubber systems which have been retrospectively fitted to six cruise ferries in the Brittany Ferries’ ten-ship fleet.

“The signing of this letter of intent with the Flensburger shipyard is a concrete step towards the construction of a new generation of Brittany Ferries ships,” Christophe Mathieu, CEO, Brittany Ferries, said. 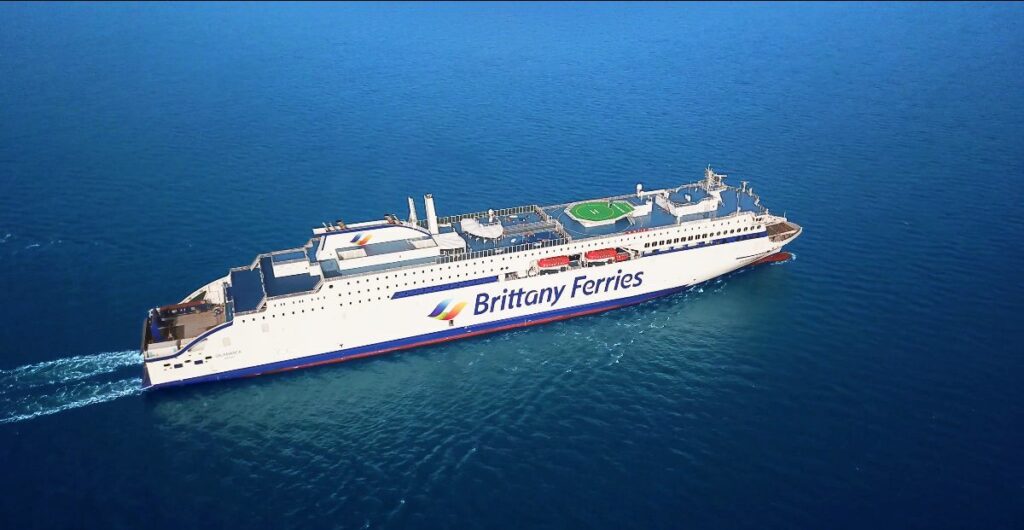