Nexen, a subsidiary of China’s CNOOC and the operator of the Buzzard field in the UK North Sea, has informed that Buzzard has passed “a truly significant landmark by producing its 500 millionth barrel of oil.”

According to the company The North Sea development which was discovered in 2001 has surpassed all expectations with its profilic production capability since it began producing in 2007.

Archie Kennedy, Managing Director of Nexen Petroleum UK said: “The Buzzard Field has been a success story from the beginning and has been a fantastic achievement for Nexen. Buzzard’s journey has provided ‘new oil’ in a mature basin which has undoubtedly enhanced the North Sea industry and will continue to do so.”

The field is the largest discovery in the North Sea in the past two decades and Buzzard’s production supplies almost 10 per cent of the UK’s energy needs. In 2013 the development produced 25 per cent of the total UK crude offshore. The field is also an important asset to the UK economy, and has contributed to significant and sustained economic and social benefits to the country, with the vast majority of its annual £300 million expenditure being spent locally.

Joel Turnbull, the Buzzard Area Development Manager added: “This is a wonderful achievement for Nexen. The field has surprised us all by showing it is considerably bigger than we originally thought and we are delighted with this accomplishment. However, this success is also testament to the great work put in by the people who have worked on Buzzard, all the way from discovery to now.” At its peak Buzzard was generating over 200,000 barrels of oil equivalent per day, however the field is just now starting to come off plateau rates and will move into a new phase of operations with the Buzzard partners committed to continuing to develop the field in the future to maximise production.

To mark the occasion, a cake cutting ceremony was held across the Aberdeen, Uxbridge Offices and all Nexen’s offshore assets – Buzzard, Golden Eagle, Scott, Rochelle and Telford installations.

The Buzzard Field is operated by Nexen Petroleum UK on behalf of partners Suncor Energy, BG Group and Edinburgh Oil and Gas.

The wellhead platform, a four-leg jacket, features an integrated deck with conductors and wellhead trees. The production platform , also a four-leg jacket, has fluid processing equipment, water injection pumps and gas compressors. The UQ platform supports an integrated deck and living quarters, lifeboats, helideck and seawater lift pumps. In September 2010, a fourth platform was installed at the field. The platform features a 6,500t deck and bridge structure supported by a 3,500t jacket.

190km – the total distance drilled. This distance is from Uxbridge, UK to Calais, France.

The weight of the platform is equal to that of 350 blue whales.

500 million barrels of oil could power a car from here to the sun and back. 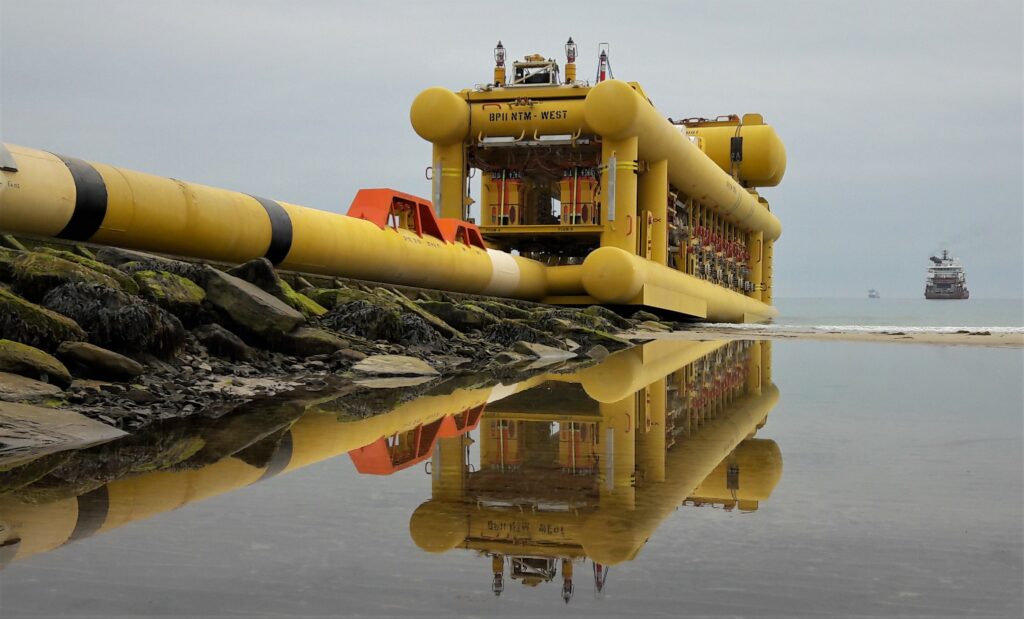