The sea trial will take place later in 2021, in partnership with the U.S. Department of Energy’s Water Power Technologies Office, National Renewable Energy Laboratory (NREL), and the U.S. Navy.

The aim is to test and validate the technical and economic capabilities of the SeaRAY AOPS at the Navy’s Wave Energy Testing Site in Hawaii.

From shore, operator Hibbard Inshore will remotely program and monitor the Saab Sabertooth AUV during the demonstration of an situ renewable energy system supporting a subsea resident vehicle, according to C-Power.

Equipped with the R2Sonic Sonic 2024 multibeam echosounder, the untethered Sabertooth will patrol the surrounding area to collect sonar imagery of the sea floor and underwater infrastructure.

After each mission, that imagery will be communicated back to shore and the Sabertooth will be recharged via the SeaRAY AOPS, C-Power informed.

Reenst Lesemann, CEO of C-Power, said: “The inclusion of Saab’s Sabertooth in the SeaRAY AOPS sea trial is a significant milestone for C-Power. I’m grateful to the DOE, NREL, Saab Seaeye, Hibbard, and R2Sonic for their partnership, which was critical to make this first-of-its-kind demonstration possible”.

Testing of the C-Power SeaRAY AOPS is also included in the Navy’s Coastal Trident 2021 program, which is the largest sustained port and maritime security program in the nation and regularly involves the participation of more than 150 public and private sector organizations.

Through the Hawaii sea trial and Coastal Trident 2021 program testing and strategic partnerships with government and commercial organizations, C-Power looks to demonstrate how the SeaRAY AOPS can fill the maritime market’s immediate need for offshore power, energy storage, and real-time data and communications for resident marine systems. 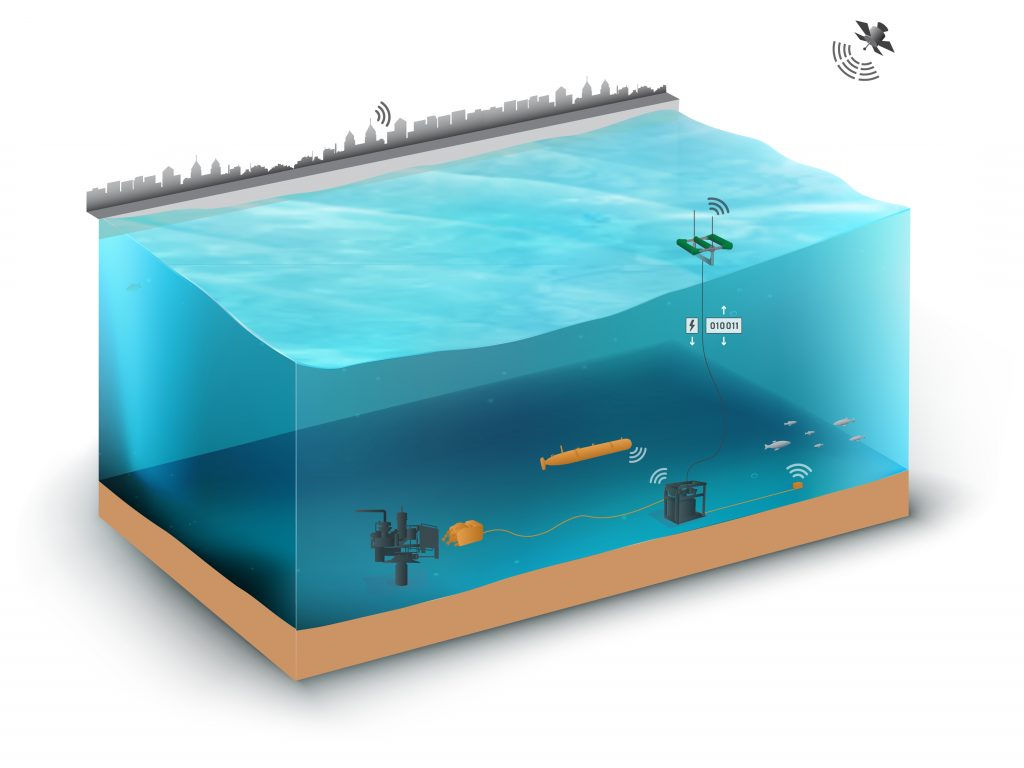 C-Power links up with Birns for SeaRAY AOPS demo
Posted: 16 days ago
3D at Depth buys hybrid Saab AUV/ROV
Posted: 16 hours ago
C-Power teams up with RigNet for smart connectivity solution
Posted: about 1 month ago