Callan Marine has released a tender package for construction of its latest fleet addition, a trailer suction hopper dredge to be named The Admiral Nimitz.

According to Callan, the TSHD will accommodate a crew of 28.

“The Admiral Nimitz will be a robust, powerful addition to the capacity of the Callan fleet,” said Maxie McGuire, President of Callan Marine.

“As the market continues to require maintenance dredging at an unprecedented rate, the Nimitz will allow Callan to respond quickly and efficiently to projects along the coast. Callan Marine continues to lead the industry with larger and faster vessels to meet the growing needs of our waterways.”

Trailing suction hopper dredges (TSHDs) are equipped with suction pipes ending in drag heads that, while the vessel moves slowly, collect dredge material from the bottom like a giant vacuum. The collected dredge material is pumped into the hopper of the dredge while draining excess water through overflows. The dredge material is discharged in a variety of ways, depending on project specifications.

The Admiral Nimitz will join the ranks of Callan Marine’s other dredges: the 32” General MacArthur, the 28” General Bradley, the 18” General Pershing, the 16” General Patton, and the 12” General Eisenhower. 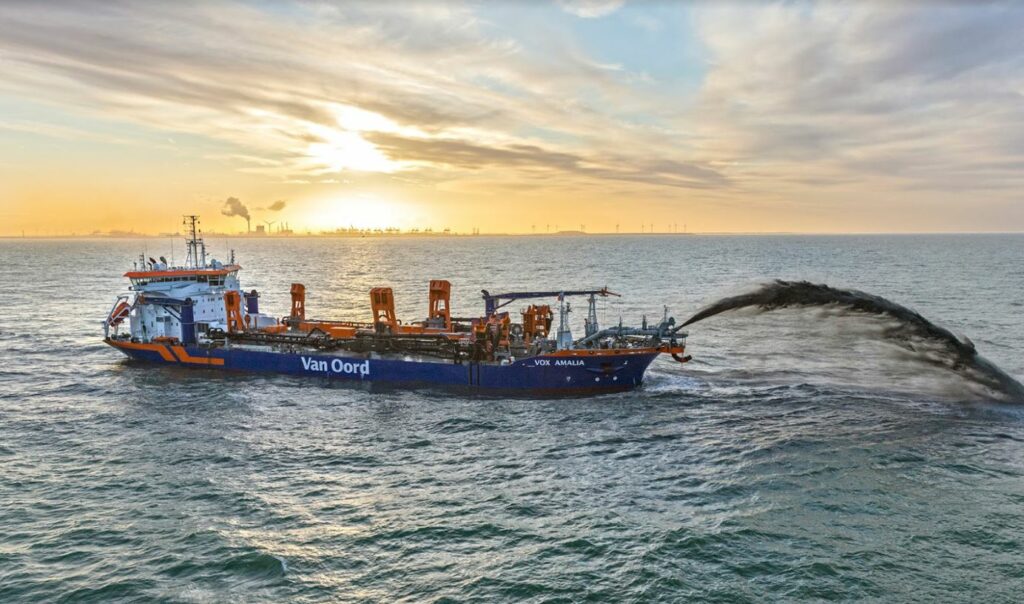