CAMAC Energy Inc. , a US-based energy company engaged in the development and production of oil and gas in West Africa and China, announced today that it has entered into a binding Heads of Agreement  with Allied Energy Resources Nigeria Limited and certain of its affiliates (“Allied”) to acquire all of Allied’s remaining interest in a Production Sharing Contract (the “PSC”) which relates to those certain Oil Mining Leases 120 and 121 (“OML 120” and “OML 121”) granted to Allied by the Federal Republic of Nigeria with respect to oil and gas assets offshore of Nigeria (the “Non-Oyo Contract Rights”).

The Company previously acquired all of Allied’s interest with respect to the Oyo Field, located in OML 120 (the “Oyo Contract Rights”) under the PSC in a transaction that closed in April 2010. Upon consummation of the transaction contemplated under the Agreement, the Company will have acquired Allied’s full interest in the PSC and recombined the Oyo field within OML 120. The transaction is expected to close on or before November 30, 2010 and is subject to certain closing conditions.

The OML 120 block is located directly east of OML 133 (containing the giant Erha Field) and north of OML 121. It covers an area 916.6 sq. km in water depths ranging from 150m to 1000m. Covered by 3D seismic, this block has proven stacked oil and gas reserves in the shallow (Pliocene) part of the Oyo Field located within the OML 120 block, interests in which field the Company acquired from Allied in April 2010.

The OML 121 block is located directly south of the OML 120 block, and covers an area 887 sq. km in water depths ranging from 150m to 1000m. The OML 120 block has proven more than 90 feet of gas in the shallow (Pliocene) part of the Ebolibo-1 in the Ebolibo Field. The Ebolibo-1 well was drilled in late 2008. The deeper Miocene sequences in this block, where promising prospects have been identified nearby, are untested. Potential recoverable reserves in seismically defined prospects are estimated to be in excess of 100 million barrels. Identified crude oil reserves potentials for both OML 120 and the adjoining OML 121 are estimated at over 500 million bbls, with some exciting prospects having been identified in the deeper Miocene interval.

Byron A. Dunn, President and Chief Executive Officer of the Company, said: “The signing of this agreement with the Allied group is the culmination of several months of effort by the Company’s management and Board of Directors, working closely with Allied, to bring to the Company the first of many potential acquisition opportunities. This transaction will change the complexion of the Company’s West African operations to include this exciting resource play in the Gulf of Guinea with prospects estimated at 500 million bbls of potential recoverable oil resources on these two blocks.

Mr. Dunn continued, “The acquisition of the PSC contract rights with respect to the OML 120 and OML 121 blocks represents significant potential value for the Company. These contract rights extend under and well beyond the limits of the currently producing Oyo Field and are equivalent in size to 77 blocks in the Gulf of Mexico. These blocks are in a proven hydrocarbon complex, have stacked reservoirs, including the prolific regional producing Miocene trend, and are completely covered by four recently acquired high resolution 3D seismic surveys.

What is exciting about the OML 120 and OML 121 blocks is that the Oyo Field, which is located in the central portion of OML 120 block, has its main producing reservoirs in younger Pliocene aged, deep water sandstones that have not been found to exist in other nearby fields. The main production from the surrounding nearby giant fields, including the Erha field complex (Esso), the Bosi field (Esso), the Bonga field (Shell), and the Sonam field (Chevron), which collectively represent over 2.5 billion bbls of recoverable oil reserves and over 7 tcf of gas, are from resources found in Miocene aged reservoirs. In addition to production from Pliocene reservoirs, the OML 120 and OML 121 prospects have been identified in the Miocene trend. It is estimated that these Miocene prospects have over 500 million bbls of potential recoverable oil resources. Many of these prospects have been third party independently evaluated and confirmed.” 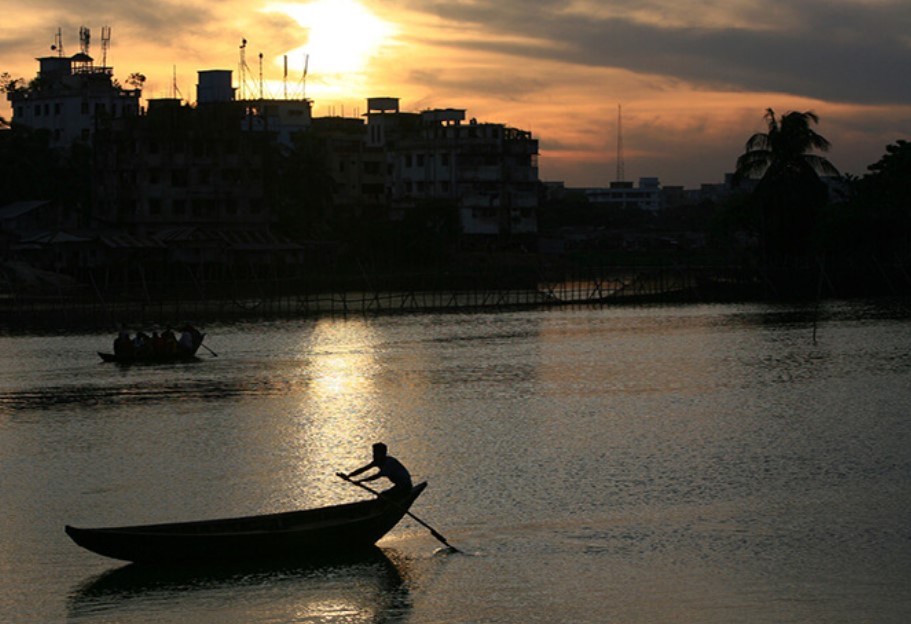