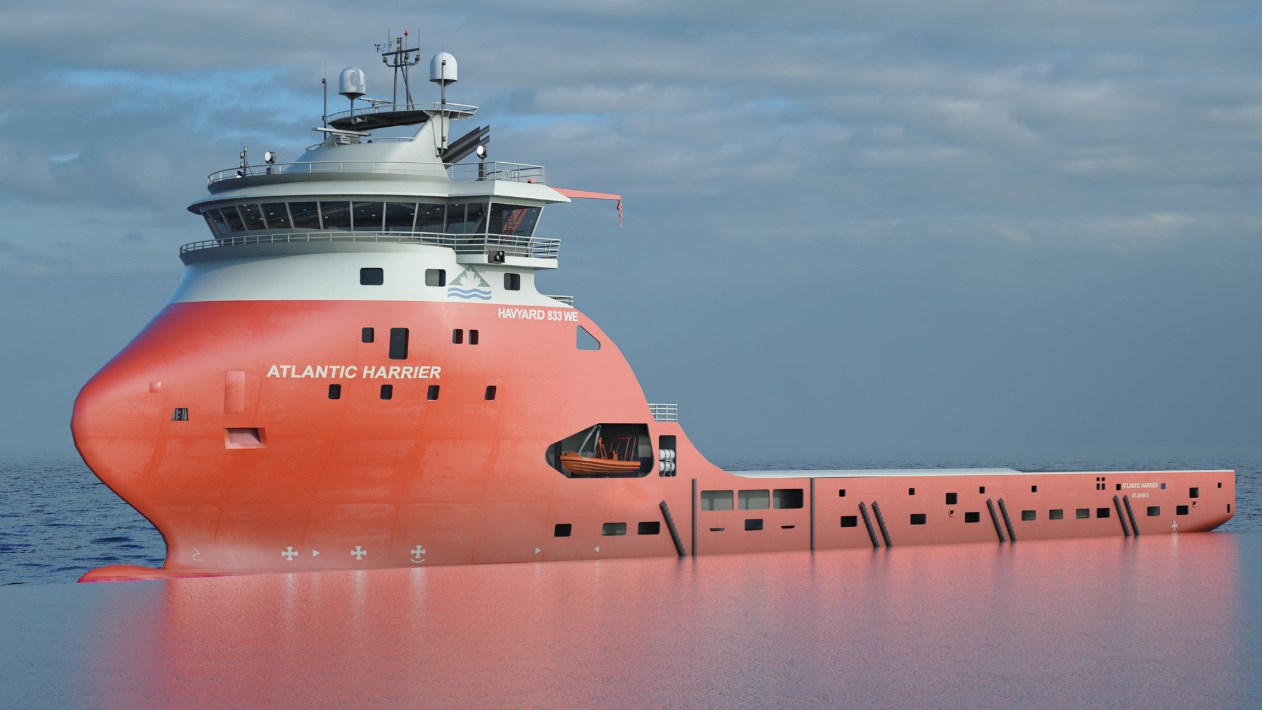 The Norwegian shipbuilder Havyard recently said it had found a buyer for a newbuild platform supply vessel originally ordered a few years back by Iceland’s Fafnir. While the company at the time did not say who the new client was, the buyer revealed itself on Monday.

Namely, the Canadian company Atlantic Towing Limited on Monday confirmed it had entered into a contract with Havyard Ship Technology for the purchase of “a state-of-the-art Havyard 833 WE Platform Supply Vessel (PSV),” which corresponds to the specifications announced earlier this month by Havyard.

The vessel, to be named the Atlantic Harrier, is slated for delivery in April 2020.

The Atlantic Harrier is an 89.7-meter vessel with a 1002 square meter deck area, significant cargo tankage, and accommodations for 54 people. The vessel possesses an Ice Class 1B notation and is designed to withstand the harsh operating conditions of both the North Atlantic and the North Sea.

“This is an exciting next step in Atlantic Towing’s strategy to grow and continue meeting current and future demands of customers,” says Gilles Gagnon, General Manager and Vice President of Atlantic Towing Limited. “The Atlantic Harrier’s large cargo capacities, fuel efficiency and low emissions position it as a best-in-class PSV.”

“This new vessel allows us to expand our offshore capability and delivers a leading-edge design that continues to accelerate the digitization of our fleet, reduces our carbon footprint and helps our customers optimize their supply chain efficiency,” says Wayne Power, Group Vice President of J.D Irving’s Transportation and Logistics Division.

The vessel was first ordered by Iceland’s Fafnir in April 2014, with delivery originally expected in July 2015.

After initially agreeing to delay the delivery, Havyard in January 2017 canceled the PSV delivery order deal it had had with Fafnir Offshore, as the latter failed to secure a long-term charter or financing which was a pre-requisite for the delivery.

Havyard then said it would work to obtain a substitute sale of the Havyard Design 833 WE platform supply vessel, which it has now managed to secure.