MRCC Riga immediately dispatched a helicopter to carry out a visual inspection for oil leaks, which revealed no pollution to the sea. MRCC Riga also sent a rescue boat KA-14 Astra to conduct an inspection of the damage and aid the crews. No injuries have been reported so far.

The Coral Opal suffered a small leak in its ballast tank, which did not affect the vessel’s buoyancy.

The 78090  dwt Coral Opal received orders to proceed to the Port of Ventspils, while the 36941 dwt Maersk Etienne, owned and operated by Maersk Tankers, continued towards the Port of Riga, in accordance to its schedule.

Tommy Thomassen, Head of Technical Organisation, told World Maritime News that Maersk Etienne is currently alongside the shipyard in Riga where the company representatives are assessing the damage together with the yard and the Class surveyor. The full extent of the damage still remains undetermined, but Maersk Tankers expects to have an overview and a repair plan late this week or early next week. 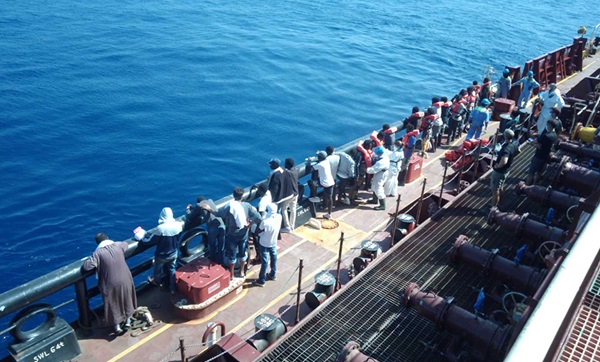