Carnarvon Petroleum Limited has announced the drilling of the intermediate hole section at the Phoenix South-1 well, offshore W. Australia, was completed on schedule and is currently setting casing before drilling the final hole section.

As at 06:00 hours this morning, the well had drilled to 3,706 m MD and was in the process of setting  9 5/8” casing in preparation to drill ahead in 8 ½” hole size.
The primary target for the Phoenix South -1 well is the inter-bedded sandstones, silt stones and  claystones of the Middle Triassic Lower Karaudren Formation and Early to Middle Triassic Locker Shale.

These sands are expected to be intersected while drilling the final hole section. The Operator is expected to take around four days to run and set the 9 5/8” casing and then a  further three weeks to complete drilling.
Following the completion of drilling and in the event of hydrocarbons being intersected, extensive  wireline logging and both pressure and fluid sampling are planned. These operations will continue for a further week.

At the completion of the wireline logging program, the Joint Venture intends to plug and abandon the well in accordance with normal good oilfield practice as outlined previously by the Company, including in the CEO Newsletter available on the Carnarvon web site.

The Company’s next scheduled announcement will occur after the final hole section has been completed, anticipated to be in approximately four weeks’ time.

Apache Energy and JX Nippon are earning a 40% and 20% interest in the permit respectively through the drilling of the well down to 4,500 m, after which time the equity interest holders will be: 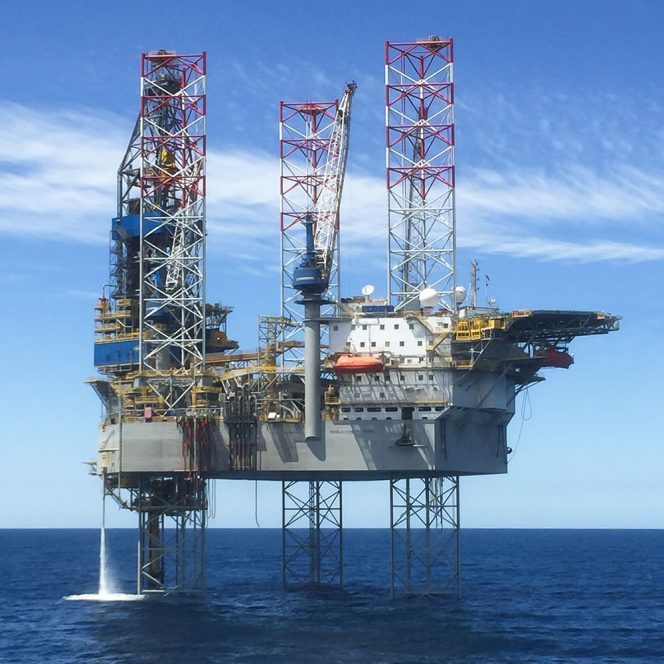