Jutal Offshore Oil Services has been awarded a contract for an offshore wind farm in Europe, according to a press release from the company.

The China-based company informed its wholly owned subsidiary Jutal Offshore Oil Services (Zhuhai) won several new contracts, including one for the construction and delivery of “50 sets of offshore wind power equipment” for a European project.

Jutal Offshore Oil Services did not disclose the name of the project, however, the UK media writes the company is one of two Chinese manufacturers awarded jacket foundation fabrication for the Seagreen 1 offshore wind farm.

OffshoreWIND.biz has contacted Subsea 7/Seaway 7, the EPCI contractor in charge of Seagreen’s foundations and inter-array cables, which is yet to respond to our inquiry.

In early June, Seaway 7 selected the UAE-based Lamprell for the delivery of 30 jacket foundations for the new offshore wind farm in Scotland.

The Seagreen 1 offshore wind farm will comprise 114 MHI Vestas 10 MW wind turbines on jacket foundations. The wind turbines will have different load optimised modes to adapt to grid requirements of the project, which has an allocated grid connection capacity of 1,075 MW. 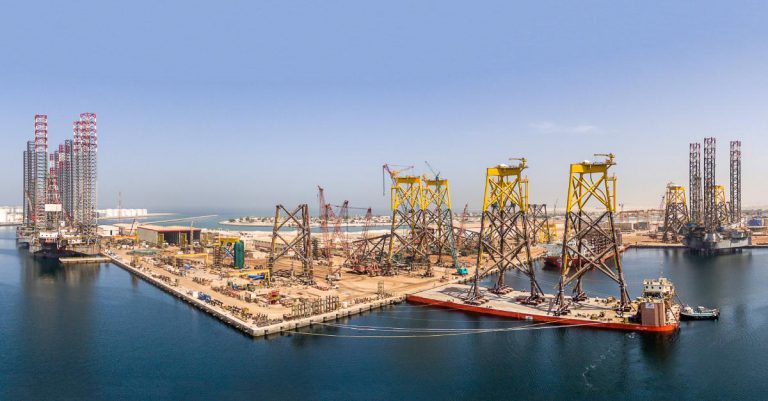