Chinese rescue and salvage company Lianyungang Dali Underwater Engineering has won a contract to remove the stern section of the Wakashio bulker from a reef off Mauritius’ coast.

The salvage firm is currently mobilizing assets and equipment and is scheduled to start work on the removal operation in late December. The work on the removal of the wreck’s stern is expected to complete in the spring of 2021, Nagashiki Shipping Co, owner of the ill-fated bulker, said.

A detailed plan of the operation is yet to be agreed with the Mauritian authorities in the upcoming talks on the operation, the Japanese shipowner explained.

To remind, the Japanese Capesize bulker ran aground on a reef off Mauritius on July 25 and the vessel broke apart on August 15, causing a major fuel spill.

“Of the approximately, 1,000 tons of oil that spilled from the vessel, the oil that was floating on the surface of the sea has been recovered, and currently we are working on removing the oil that had washed ashore for approximately 30 kilometers along the coast,” Nagashiki Shipping said in an update.

The company estimates that the removal work will be completed in January 2021.

Wakashio’s bow was sent out to its final resting place on August 24 following a scuttling operation that saw the ship’s front sunk in Mauritian waters.

The Mauritian authorities called bids for the removal of the aft section of the casualty shortly after the scuttling of the bulker’s bow.

Meanwhile, the investigation into the cause of the accident continues, and the captain and the chief officer of the vessel have been arrested on charges of jeopardizing the safety of navigation.

Nagashiki said it was fully cooperating with the local authorities on the investigation.

According to the preliminary findings of an investigation being conducted by the Panama Maritime Authority, the ship had deviated from its sailing route to close too the coast of Mauritius as the crew was trying to pick up a Wifi signal.

Furthermore, the AMP reported that the crew seems to have used an inappropriate chart onboard with the wrong scale as well.

The final report on the cause of the accidents is yet to be published.

Japanese shipping major MOL, as the party using the vessel under a charter contract with the shipowner, said it was committed to contributing to a swift recovery from the oil spill and restoration of the environment and community through the allocation of personnel and provision of supplies and equipment.

To that end, the company pledged to contribute a total fund of about ¥ 1 billion ($9.4 million) over several years to support the recovery of environmental damage caused by the Wakashio fuel spill.

“We will continue to do our utmost to investigate the cause of the accident and protect the environment in cooperation with the people of Mauritius and the relevant authorities in Japan,” the firm noted. 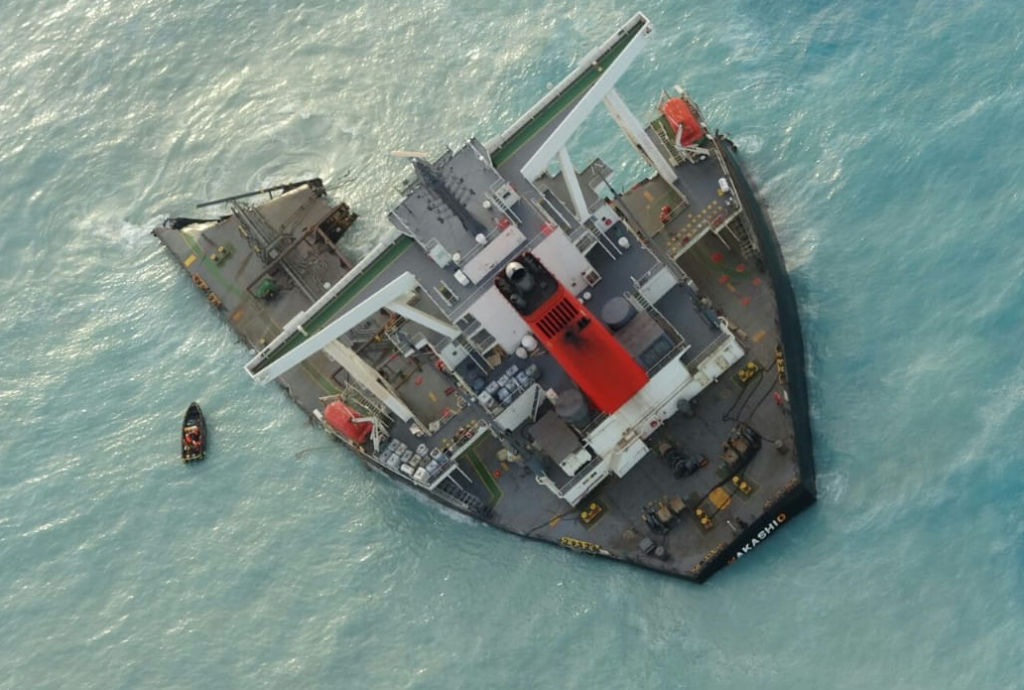