Container shipping major CMA CGM has carried out the first LNG bunkering of the CMA CGM Tenere, the lead ship in a series of six chartered-in 15,000-TEU LNG-powered containerships.

As informed, 12,000 cbm of LNG has been pumped into the CMA CGM Tenere’s tanks by Total’s Gas Agility, the world’s largest LNG bunker vessel, while the containership was carrying out cargo handling operations concurrently at the Port of Rotterdam, the Netherlands.

After the bunkering, the New Panamax boxship will join the group’s French Asia Line (FAL 1) connecting Asia with Europe.

The remaining five 15,000 TEU units are expected to be handed over to their owner by late 2022. They will join CMA CGM’s flagship, CMA CGM Jacques Saade, the world’s largest LNG-fuelled containership, which is also expected to complete its first bunkering in Rotterdam on 12 November.

The group has formed a major industrial partnership with Total to supply LNG for these ships.

LNG technology is one of the first steps that the CMA CGM is taking towards its target of achieving carbon neutrality by 2050. 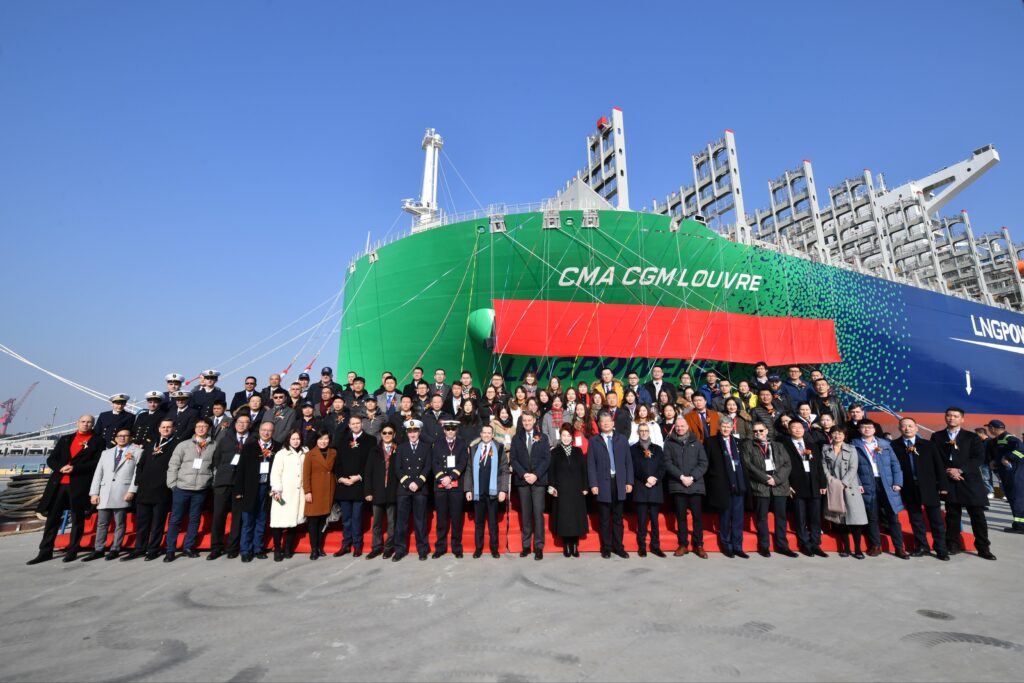