French container shipping company CMA CGM has decided to delay its deployment of 18,000 TEU mega-ships on the trade between Asia and the US West Coast, which was planned for the end of May.

The decision is triggered by the weak market conditions in the trans-Pacific trade hit by dwindling demand, which is not believed to be sufficient to justify the deployment of these behemoths to the trade in terms of profitability.

“Considering the current Transpacific market situation and in order to optimize the use of its fleet, the CMA CGM Group has decided to postpone its project to deploy 18,000 TEU-capacity vessels on this trade,” the company confirmed to World Maritime News.

The CMA CGM Benjamin Franklin became the largest ship ever to call in the United States last December and was inaugurated on February 19 in Long Beach.

The decision to postpone the deployment is also believed to be likely related to the formation of a new carrier alliance.

The alliance is expected to enable carriers to merge their comprehensive service networks covering the Asia-Europe, Asia-Mediterranean, Asia-Red Sea, Asia-Middle East, Trans-Pacific, Asia-North America East Coast, and Trans-Atlantic trades by integration of a fleet of over 350 containerships.

As informed, initially the deployment will cover more than 40 services globally mostly connected with Asia, including about 20 services each in the U.S. and Europe related trades.

Subject to regulatory approvals of competent authorities, the new alliance plans to begin operations in April 2017.  The initial period of the alliance shall be five years.

The driving factor behind the proposed new alliance is believed to be challenging of the 2M’s dominance in the East – West trades. 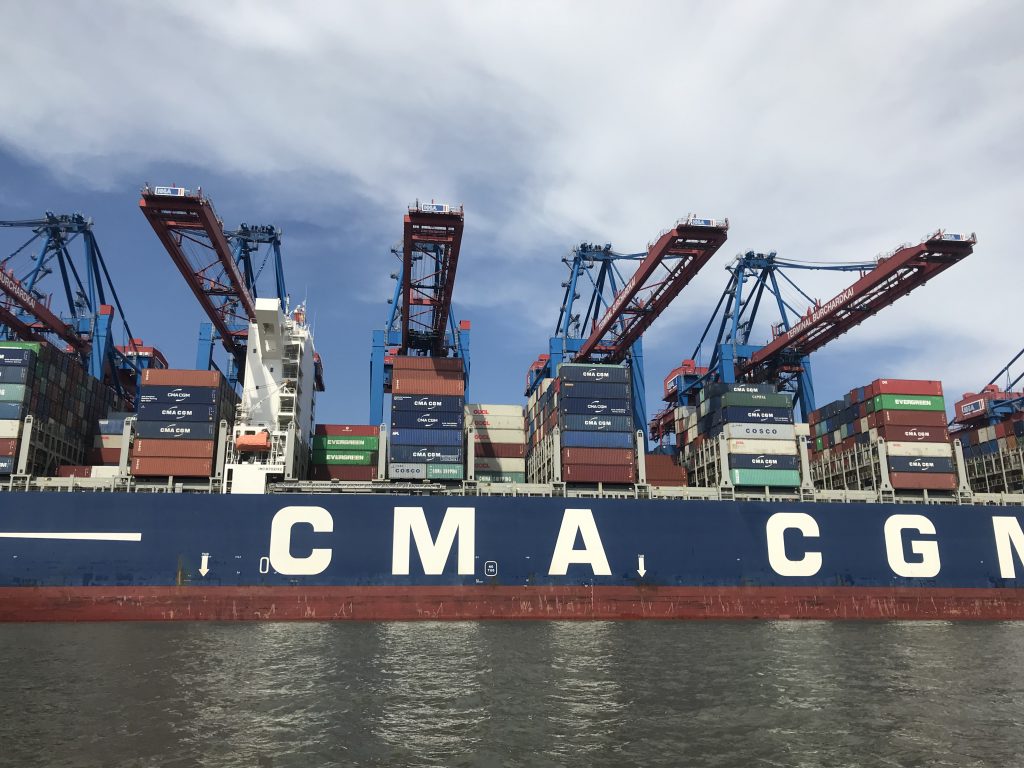