Photo: Illustration only; Courtesy of CNOOC

Chinese oil and gas giant CNOOC is to install the world’s largest storage tanks at the Binhai LNG import terminal in Jiangsu by the end of 2023, Reuters reports.

CNOOC said it officially kicked off the construction of the main body of storage tanks on 20 February 2022.

After the project’s completion, it will have ten tanks and the capacity to annually receive six million tonnes of LNG.

The Binhai LNG terminal will start operations by the end of 2023. Moreover, it will be the third operating LNG import facility in Jiangsu province.

CNOOC previously said that the cost of the expansion would be around $955 million, or 6.1 billion yuan. It also said the facility will be the largest LNG storage project in China after the expansion is wrapped up.

In addition to LNG operations, the project will also feature facilities for hydrogen production with gas. 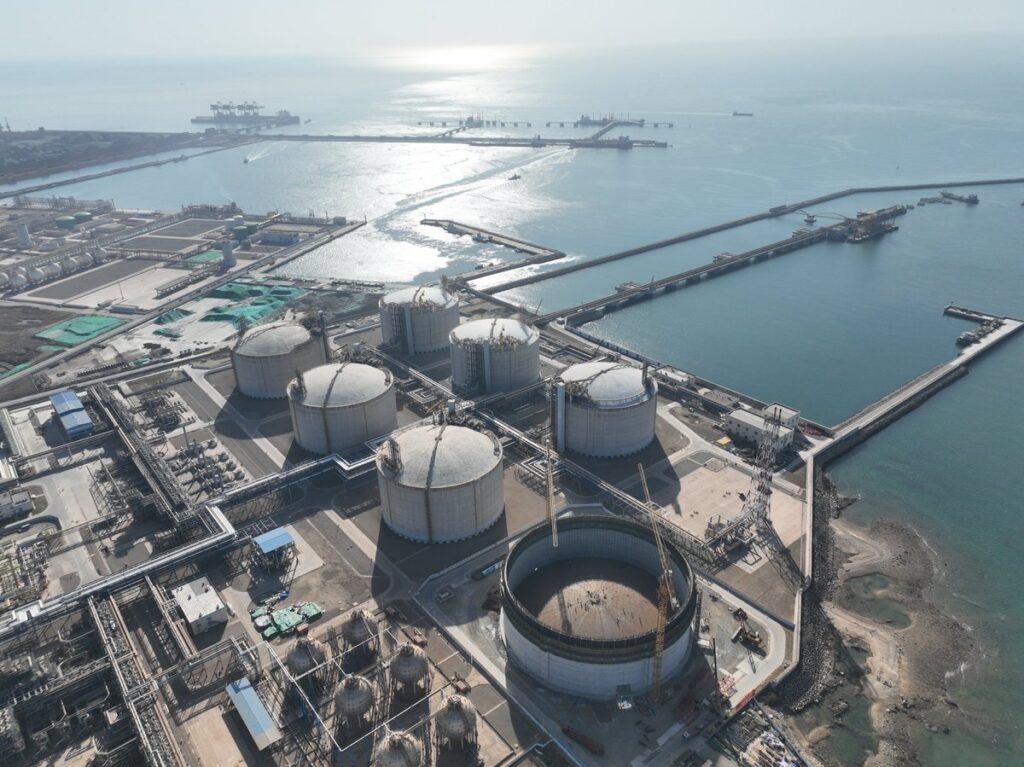