The Energy and Climate Change Minister and the Shadow Energy Minister have told RenewableUK’s wave and tidal energy conference in back-to-back speeches that the Coalition Government and Labour fully support developing the UK’s enormous marine energy resources to generate low-carbon power and bring massive economic benefits to the nation.

In his keynote video address, the Energy and Climate Change Minister Gregory Barker told delegates at the event in Belfast: “The UK is seen as the destination for wave and tidal energy and we want to keep it that way.” He vowed to work with the industry to move forward on commercial deployment, urging the industry “let’s unlock together the untapped potential and make 2014 a marine year to remember.”

Mr Barker also took the opportunity “to reiterate the strong commitment of coalition government to this sector”. He recognised the massive economic potential of a “supply chain rich in growth”, based in remote areas where “the regeneration opportunities that this industry brings can potentially transform a local economy”. On Tuesday the Department of Energy and Climate Change announced a major funding award for the development of tidal power in UK waters worth more than half a million pounds.

In his keynote speech, the Shadow Energy Minister Tom Greatrex described the marine energy industry as a “sector with huge potential and massive opportunities, in which we’re seeing considerable progress each year towards commercialisation. It can contribute to security of supply, help meet our climate targets and help us see some of the transformation we need in the economy to rebalance it away from the south east of England.”

He added that wave and tidal energy is “part of a very significant transition in terms of the generation mix with a fundamental shift to low carbon, addressing the problems of climate change”. To achieve this goal, Mr Greatrex added that “a commitment to a 2030 decarbonisation target is absolute and will be in our manifesto”, and he recognised that “Government has to set long-term direction and parameters that people taking investment decisions need.”

Welcoming their comments, RenewableUK’s Chief Executive, Maria McCaffery, said: “It’s terrific to see such close cross-party unity here – the Coalition Government and the Labour Party are strongly committed to harnessing the potential of the UK’s superb marine energy resources to the maximum. We’ve seen real strides forward for wave and tidal under the strong leadership of the Energy and Climate Change Minister Gregory Barker, and with the right level of political backing, the wave and tidal energy industries will continue to grow, to take their place alongside other renewables as one of the very cornerstones of the UK’s new clean-tech economy.

“The major technical advances are being made right here in UK waters – but we have to ensure that we hold onto our pole position by providing a nurturing framework, so that the sector can stride up confidently to the next level of commercialisation. Other countries are eyeing us enviously and wondering how they can grab a slice of the action. We want to ensure the thousands of jobs and billions in investment stay here in the UK.”

The speeches came in the week the UK Government announced a major grant to help a new marine energy programme. On Tuesday, the Department of Energy and Climate Change awarded more than £500,000 to the tidal power company Minesto, together with IT Power and National Physical Laboratory, in the second round of the Energy Entrepreneurs Fund. The funding will be used to extend ocean trials at the Deep Green tidal current power plant in Strangford Lough in Northern Ireland, to validate its commercial performance.

Minesto´s CEO Anders Jansson welcomed the funding, saying: “It is truly exciting that DECC realises the potential for Deep Green to unlock the low velocity tidal current market in the UK; this proves that Governments have confidence in our company and our technology. In the UK alone, the Deep Green technology has a carbon reduction potential of over 30 million tons of CO2 per year. Furthermore, the grant from DECC has enabled Minesto to employ more local expertise for the ocean trials in Northern Ireland.” 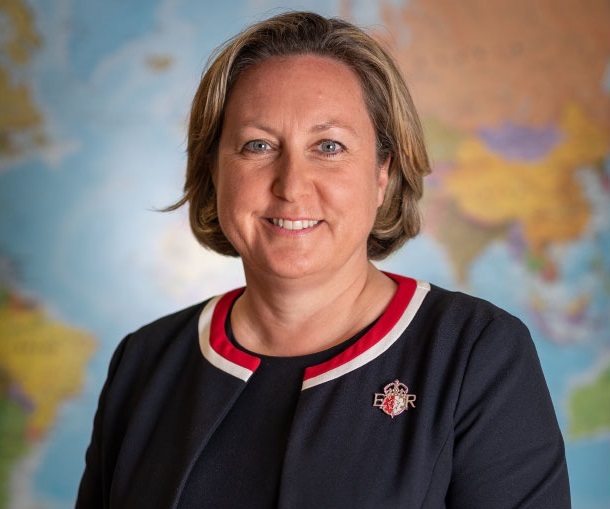