Golar LNG is moving the LNG carrier Gandria to a shipyard in Singapore for conversion into an FLNG unit meant for the Fortuna development off Equatorial Guinea.

Fortuna sits within the Block R license, offshore Equatorial Guinea which is located in the south-eastern part of the prolific Niger Delta complex. Ophir has an 80% operated interest in the license and GEPetrol holds the remaining 20%.

Upon reaching the FID, the Gandria vessel will be acquired by the Fortuna Joint Operating Company (JOC). OneLNG, a joint venture between Golar and Schlumberger, and Ophir have 66.2% and 33.8% ownership of the JOC, respectively.

Golar said on Wednesday that financing for the Fortuna project remained outstanding despite an approved umbrella agreement, a preferred off-taker, and EPC and EPCIC contracts for midstream and upstream infrastructure all being in place.

Whilst Hilli Episeyo’s imminent proof of concept should assist current financing discussions, market leading economic returns give Golar the confidence that financing can be achieved. As a result, Golar is in the process of moving the Gandria from layup for positioning to Singapore’s Keppel Shipyard.

Keppel was awarded a construction contract for conversion of an LNG carrier to a floating liquefaction facility (FLNG) unit in May 2017.

Hilli experience to speed up Fortuna

Golar also said that its experience from Hilli Episeyo’s conversion and commissioning is being applied to the Fortuna project.

Proof of concept following acceptance of Hilli Episeyo is also expected to speed up and open a wider variety of financing alternatives. Some of those alternatives are being actively worked. Initiation of yard works to the Gandria should therefore be viewed as indicative of the company’s confidence in a FID being reached, Golar explained.

To remind, the Hilli Episeyo FLNG unit will be put in operation offshore Kribi, Cameroon, for Société Nationale des Hydrocarbures and Perenco Cameroon. The FLNG left the shipyard in Singapore in October 2017.

Whilst slower than initially anticipated, Golar said that the commissioning of the Hilli unit has been relatively straightforward to date. Final commissioning is currently expected in late March 2018, with customer acceptance testing scheduled for completion in mid-April 2018. Hire will be receivable at the full rate thereafter. 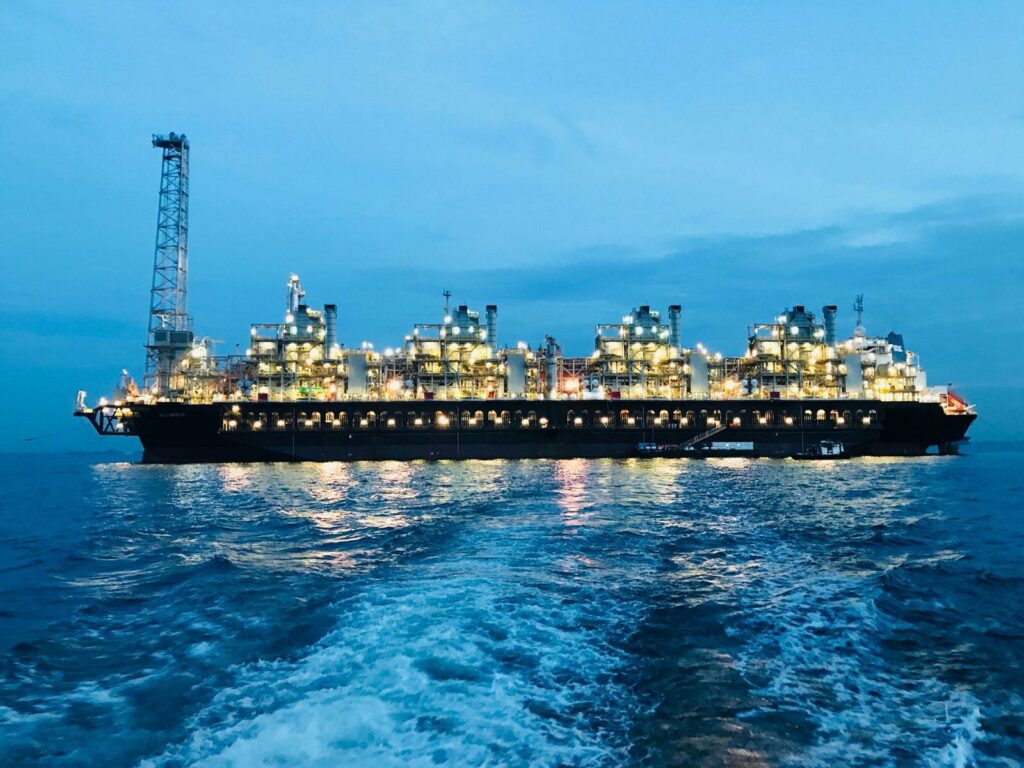