Ocean carriers have incurred huge additional costs in terms of speeding up ships on the westbound leg, chartering in tonnage and paying labour overtime and extra quay rent amid chronic congestion in the US West Coast ports, London based shipping consultant Drewry said.

Twice in November they attempted to impose a congestion surcharge (PCS) of USD 1,000 per 40ft and twice they were forced to capitulate, firstly as a result of pressure from shippers, and on the second occasion because the FMC challenged the legality of such a surcharge.

A FMC Commissioner said the congestion was largely of the lines’ own making: by withdrawing chassis provision, by placing larger ships into the trade and by allowing vessels to bunch as a result of poor schedule reliability.

According to Drewry, the judgement was rather harsh, since in October the carriers had trimmed back monthly capacity by 4.5% by means of blanked sailings and that must have afforded some succour to the situation developing in the San Pedro Bay terminals.

“Advertised provision in November was only 1.4% higher than the previous month – in reality, given all the ships off schedule, it was probably less. Against a year ago, November’s supply was 7.2% higher which is not an unreasonable increase of tonnage given that the rolling 12-month average demand growth is running at 5.2%,” the UK-based consultant went on to say.

“At the same time, the lines have not done themselves any favours by allowing spot market rates to fall so sharply during the last week of November. In that week, prices dropped from USD 1,925 to 1,725– a fall of 10% and, despite the growth in traffic this year, spot rates have sunk to more or less where they stood a year ago,” Drewry added.

Drewry believes that the current slack season volumes will give some respite to the USWC port congestion but fundamental issues need to be addressed by the industry’s stakeholders if this not to be a recurring theme.

The eastbound trade has enjoyed an extremely strong peak season.

Drewry’s data shows that the volume of cargo moving on the headhaul leg during September to the WCNA ports hit an all-time record of 1.1 million teu, registering a year-on-year rise of 5.1%.

Asian boxes pouring into the US ports surpassed the 900,000 teu threshold for the first time ever, and the Mexican market remained strong with a rise of 17.5%.

Only the Canadian tradelane remained subdued with loads scarcely any higher than a year ago, and September volumes were well off their June peak. On a 12-month rolling average basis, the eastbound WCNA growth rate has steadied at 5.2% for the third consecutive month.

The peak season for the American market continued into October with Far Eastern goods bound for the States totalling again above 900,000 teu.

According to TSA members, the proposal reflects stronger than expected holiday traffic and related service demands. 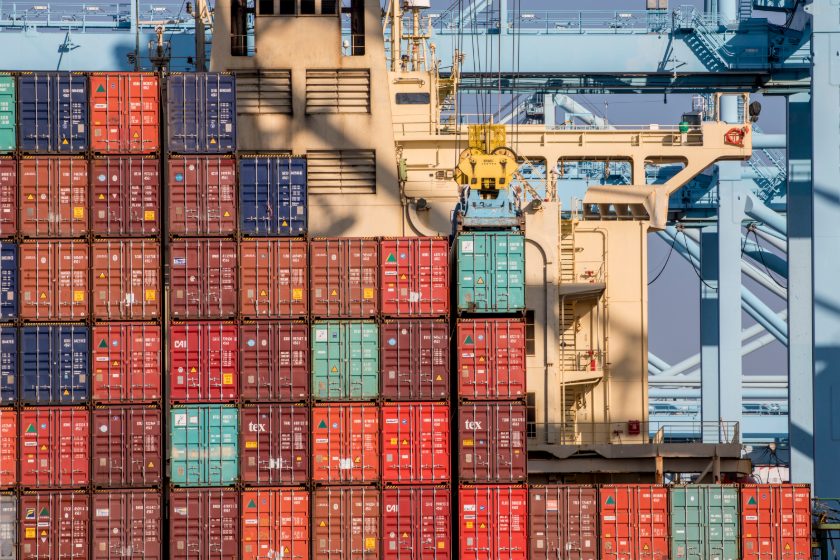 US container imports to see lowest annual total in 4 years
Posted: 2 months ago
Containership orderbook drops below 10% threshold for the 1st time in 20 years
Posted: about 1 month ago
Despite slight improvement, imports at top US ports remain below last year
Posted: 3 months ago
Advertisement
Related vacancies